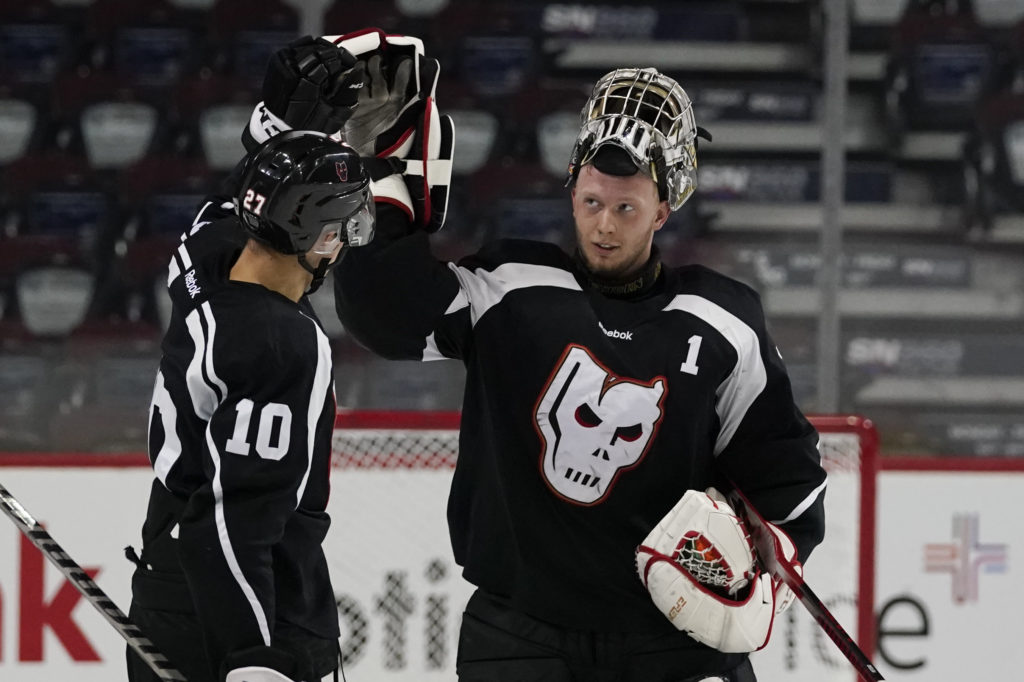 Day four of Hitmen Training Camp Monday at Scotiabank Saddledome saw all four teams take to the ice in the afternoon for the respected gold and bronze medal scrimmages. Below is the scoring summary of the contests.

Team Ladd hung on for the win despite a late push from Team Stone to claim bronze in the first scrimmage of the day. Anton Yatsyshin led the way with a two-goal performance while 2019 tenth rounder Joah Morberg and 2020 first rounder Oliver Tulk rounded out the scoring. Tulk’s third goal of the weekend held up as the game winner.

Zephyr LaPlante, 2019 ninth rounder Jarred Feist and Tristan Zandee replied for Team Stone, as Zandee’s goal off a deflection in the slot with 35 seconds left to play set up a frantic finish but came just short of finding the equalizer.

Team Jones claimed gold with a 5-3 victory over Team Getzlaf in a thrilling clash. Brandon Whynott led the charge with two goals, one marker on a penalty shot, as Cade Moxham, Cael Zimmerman and Keanan Pearman added singles. The contest was tied 2-2 after 25 minutes before Team Jones started to pull away with the teams trading scoring opportunities for the remainder of the game.

Hitmen Training Camp concludes tomorrow, Tuesday, Sept. 7 at Scotiabank Saddledome with the annual Team Black vs Team White Intrasquad Game. Puck drop is set for 12:30 pm with rosters for the game available online in the morning.

The scrimmage is open and free to the public and media.  Please park in lot A and enter by the northeast tower wheel chair access. Seating is available in sections 210-214.

*In accordance to the Alberta Government all spectators are required to wear a mask.*