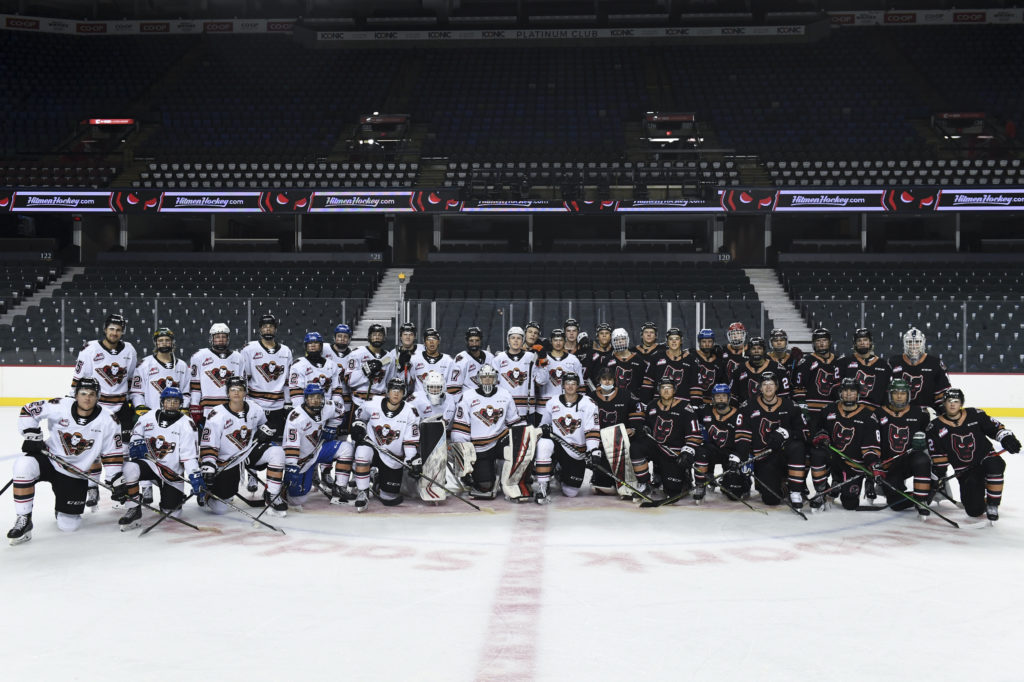 Lamoureux opened up the scoring for Team Black as he avoided a check and fired a wrister into the top left corner, which was then followed by back-to-back markers from Finley and Adasynski to quickly turn things around and give Team White the 2-1 lead headed into the second period.

In the middle frame, it was all Team Black with four unanswered goals with Toth, two Zimmerman goals and a Kalamaras goal on a breakaway to change the complexion of the game to give Team Black a 5-2 lead into the final 20 minutes.

Both sides traded goals in the third with Yatayshin pulling his side within one redirecting a pass into the cage but Prokop’s tally a few minutes later off a one-timer in the high slot sealed the win for Team Black.

The Hitmen will now get set to open the 2021 Western Hockey League pre-season with a home-and-home set against the Red Deer Rebels starting next Friday, September. 17 at the Peavey Mart Centrium for a 7 pm start. The action shifts to the Siksika Deerfoot Sportsplex on Siksika Nation the following night, Saturday, September. 18 for another 7 pm start time.

The 2021 regular season schedule begins on the road in Lethbridge against the Hurricanes on Friday, October 1, followed by the Hitmen home opener set for Sunday, October. 3 at Scotiabank Saddledome.