A Debut To Remember 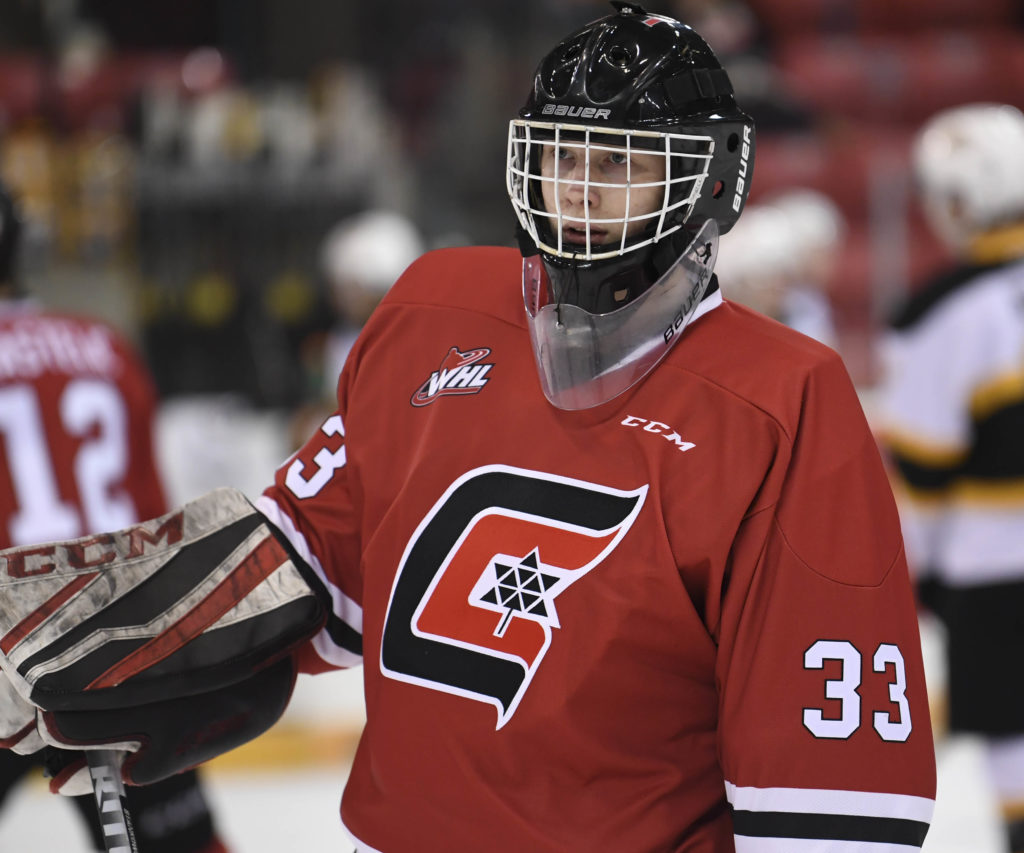 Ever since he was recalled from the Lethbridge Midget AAA Hurricanes in December, Brayden Peters knew his time would come to get the start.

He waited patiently and then last week against the Broncos in Swift Current, his wish came true.

“There was a lot of excitement but also nerves,” he recalled. “There was pressure on myself to perform well in my first game but once I got in net it all felt natural and came easy for me.

“You can’t really expect to have a better game than that and looking back it’s still so surreal getting that win under my belt.”

The 16-year-old was impressive in goal, making 30 saves which included a handful of stops on one-timers and a second period penalty shot.

Safe to say he looked right at home.

“I was more excited than nervous just because it’s just you and the shooter,” Peters said on the penalty shot. “I wanted to make the most of the opportunity and just looked at it as any another shot you would face in a game.

“Before the game I just reminded myself that I have to remember what I learned, the preparation and know that there’s a reason I’m here.”

It was without a doubt a memorable night for the Taber native, and what made it better was having his family in attendance.

Seldom are the visitors cheered for in enemy territory, but this night was different.

“It was a big loud cheering section and they were determined to not miss my debut,” Peters said. “I was thrilled for them to watch and was motivated to put on a show for them.

“My parents worked hard for to be here and if it wasn’t for them I don’t think I would be in this position with the amount of time and effort they’ve put in. I wanted to make them proud.”

And, he did just that.

His family also weren’t the only people that he made proud, but also his teammates who mauled him after the horn sounded.

“I had all the confidence in the world going with him for that game,” LaBarbera said. “He’s a talented kid that we’re high on who we believe has a bright future.

“He’s a big body with sound positioning and an all-around great athlete. There are a lot of things to work on because there’s always areas you can improve but on the flip side there’s a lot to work with and that’s exciting as a coach.”

While the goaltender is now back with his midget club, his time with the Hitmen is something he won’t forget and has given him more motivation to fight for a roster spot next season.

“Everyone was so great in me welcoming me in and making me feel a part of the team even though I was there a couple of weeks,” he said. “It feels like a family and it’s made things easier.

“There are always improvements that need to be made, you are never going to be perfect so as long as you keep getting better you’ll always jump up to the next level. “