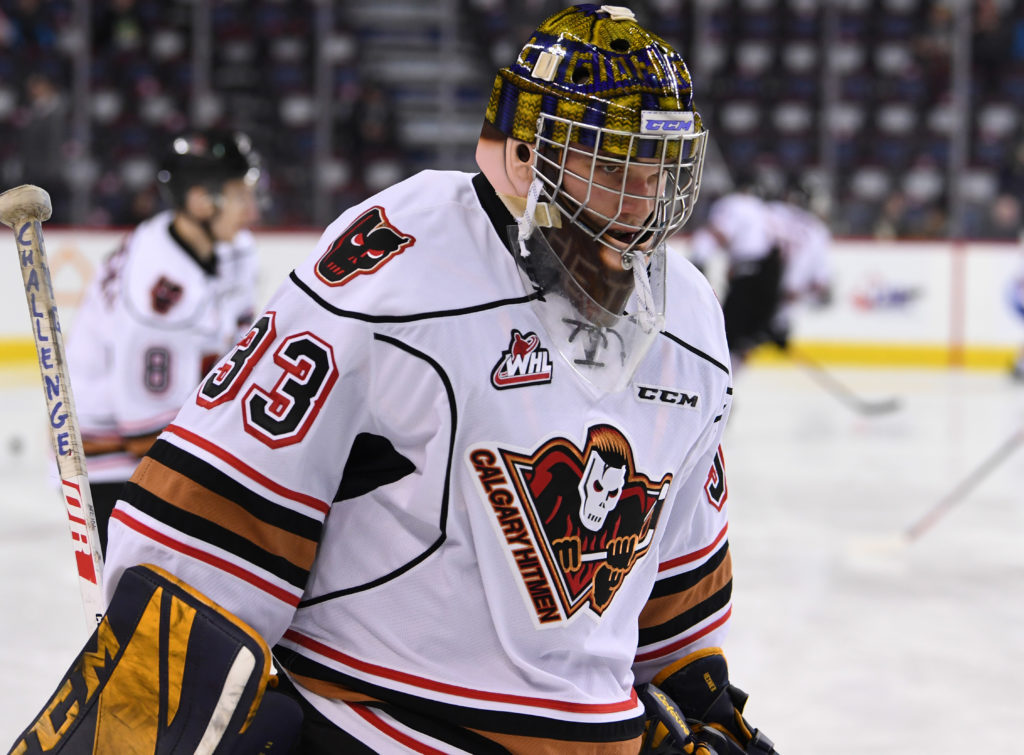 It’s been an eventful past few weeks.

From playing in the Mac’s Midget Tournament to being called up by the Calgary Hitmen as an affiliate player on New Year’s Eve, Ethan Hein has been a busy man.

“It’s been a cool experience getting to meet everyone and getting to practice with full-time WHL players,” he said. “They have treated me so well and make me feel right at home.

“It’s all been about soaking everything in, enjoy the time and giving it my all. I want to get better and the time here is so beneficial.”

Once his midget club the Swift Current Legionaries wrapped up the Mac’s tournament with a 1-1-2 record, Hein and his family didn’t have to travel far, instead heading to the Scotiabank Saddledome to help the Hitmen prepare for a New Year’s Day matchup against the Victoria Royals.

There was little time for him to soak in his Hitmen debut.

“I think jumping right into it and not having time to think about it helped shake off the nerves,” he said. “Stepping out onto the ice for warmups and putting the Hitmen jersey on is something I will never forget and it was special to have my parents and billets there.”

Rewinding the clock back to Nov. 25, 2017, the Saskatoon native still recalls how the day went when he was acquired by the Hitmen in a major nine-player trade with the Swift Current Broncos that also brought current Hitmen Riley Stotts and Josh Prokop to Calgary.

“It was a unique experience, I remember getting ready for my AAA game and getting a call from my agent telling me I got traded two and a half hours before the game,” Hein said. “After finding out about the news it was on my mind the whole day and I was so excited about it.

“I’m proud to be a part of the Hitmen organization.”

While Hein fills in for the injured Carl Stankowski, who is expected to be out for the next two-three weeks, it’s been the perfect opportunity to develop his game and witness first-hand what it takes to make the next step.

And, that’s exactly what he has been doing with picking the brains of both fellow goalie Jack McNaughton and goaltending coach, Jason LaBarbera.

“To have a guy who played in the NHL and who had different roles is huge to have in your corner,” Hein said. “He has so much to offer with his advice both on and off the ice and I’m always trying to take away something new away from our ice sessions together.

“Jack has taken me under his wing and I really appreciate it. I’ve watched how he prepares for games and I’ve learned a lot from him which I hope to take back with me when I go back to midget.”