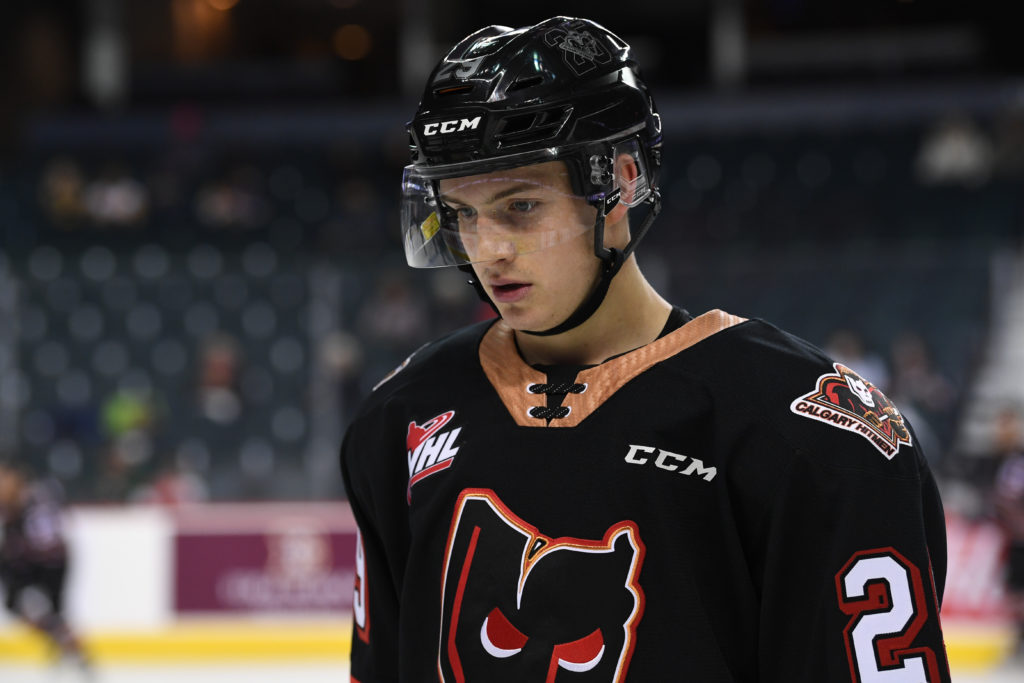 And Hitmen rookie forward Sean Tschigerl is about to witness that feeling for the first time.

Wednesday afternoon, Hockey Canada announced that Tschigerl and 65 other players will represent the country at the upcoming World Under-17 Hockey Challenge, and the 16-year-old was left speechless.

“It’s a huge honour and a dream come true,” he said. “All the hard work has led to this moment to play for the national team and I can’t wait to put on that jersey for the first time.

“I still don’t know what to say because it’s so surreal and I’m going to definitely make the most of it. It’s something that I won’t take for granted.”

The Edmonton product got the call Monday night that he had earned a roster spot, after he thoroughly impressed during the national development camp back in the summer.

“That camp was the hardest I’ve been through in my entire career,” Tschigerl said. “The intensity was high and it was a grind everyday but it gave me an idea of what to expect from the tournament competition.

“It was physically demanding but I loved the experience and it was a great opportunity to meet all the players to build chemistry both on and off the ice. It’s important to bond as a team during a short term competition and to just enjoying the experience overall.”

Tschigerl is the 29th player in franchise history to participate in the tournament joining fellow teammates Luke Prokop (2018), Jackson van de Leest (2017), Carson Focht (2016) and Riley Stotts (2016) who have also played in the international event.

And he’s taking full advantage of having that experience so accessible.

“I’ve been picking Luke’s brain in class a lot,” he laughed. “We sit next to each other in math class and any chance I’ve gotten, I’ve asked about the experience, preparation and how to balance it in with missing some school.

“It helps having so many of my teammates having played in the tournament. Getting a jump on anything I can in advance is huge.”

It all kicks off on Nov. 2 with Medicine Hat and Swift Current hosting the eight-team tournament, and the 66 Canadian skaters being split up into three into three teams – Team Canada Black, Team Canada Red, and Team Canada White.

For Tschigerl, having the competition so close to home is an added bonus.

“It’s going to be nice to have family come watch me and be there for the whole experience,” he said. “Everyone was proud and I got a lot of messages from family and friends once the news was made public and my parents who are my biggest supporters, were so proud.

“There’s a lot of pride to represent your country especially because not a lot of people get to have this experience and I can’t wait.” 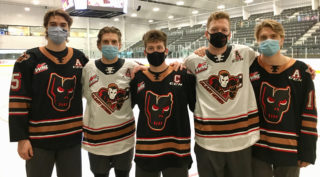 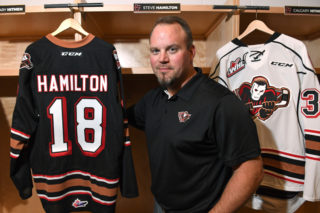 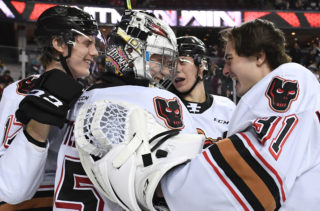