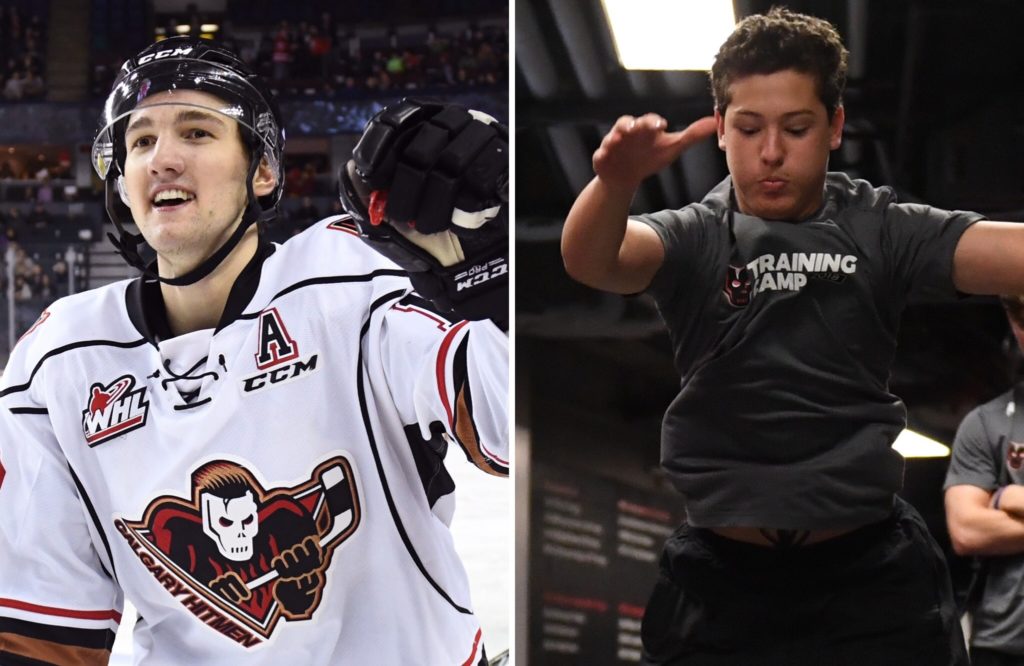 It was a little Grand Canyon State deja vu.

Alongside long-time Hitmen forward Mark Kastelic, David Hymovitch became the second Arizona native to be selected by the franchise in the WHL Bantam Draft when he was taken in the fourth round this past year.

Kastelic was quick to reach out to the rookie forward to welcome him to the organization and let him know what to expect from a city that Hymovitch knew little about.

“He’s been so great and helpful and really has helped me learn a lot about Calgary,” Hymovitch said. “I’ve heard nothing but great things about the Hitmen organization from him and that means a lot from a guy who is also from Arizona to give that reassurance.

“He gave a lot of great advice headed into camp but the biggest thing was to just play my game and not let the nerves get to you. It’s all about controlling what you can control and just do what got you to this point.”

The two were also able to hit the ice together in Arizona during the off-season to practice together.

They were joined by the state’s most famous hockey export: Maple Leafs centre and former NHL first-overall pick Auston Matthews.

“It was an unreal and very humbling experience,” Hymovitch said. “To see them both and what they do to get to that level was something that really motivated me to get better.”

“Their compete level is always so high for them it’s not just a casual Sunday skate. For them, that Sunday skate is treated as an actual game and they give it 100%.”

For Kastelic, mentoring Hymovitch is another step as he continues to develop into a key leader in the Hitmen dressing room.

“I’m just trying to be a leader but also just be myself,” Kastelic explained. “It’s something I have grown into over the years, to take on the leadership role.

“I try to be that motivator and positive person and that plays a huge part in taking on the role.”

The 19-year-old Kastelic admitted to seeing a little of himself in the 15-year-old Hymovitch, notably when it comes to work ethic and dedication to get better.

“I’m looking forward to getting to know him better, he’s a great kid with a lot of promise,” he said. “It’s good to see another Arizona guy get drafted to Calgary and hopefully he keeps the Arizona streak going on in the future for the Hitmen.

“Who knows, maybe he could follow in my footsteps?”

But for now, Hymovitch is simply focused on making an impact at camp and showing the organization what he’s capable of bringing to the ice.