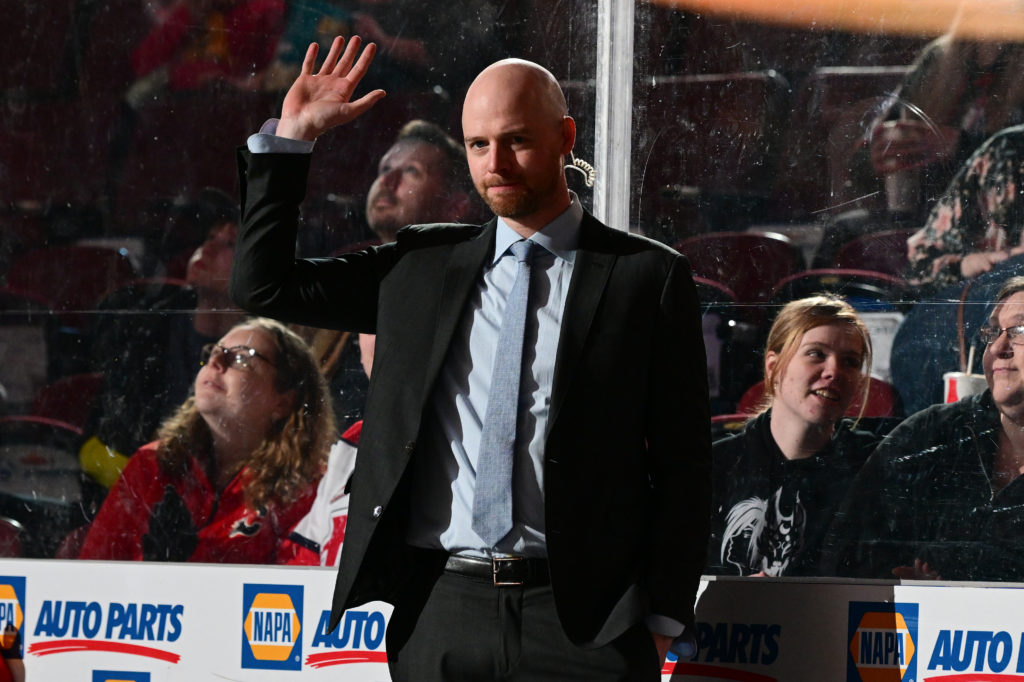 The Calgary Hitmen have announced today that Assistant Coach Matt Stajan has signed a two year extension deal with the Club. The NHL Alum and former Calgary Flame joined the coaching staff in September 2021 and served as the assistant coach for the 2021-22 season.

“Matt has been a great addition behind the bench. He has made a huge impact to our organization both on and off the ice and his experience resonates with junior hockey players.” said Hitmen General Manager Jeff Chynoweth. “We are excited to have him back.”

Prior to stepping behind the bench this past season, the 37-year-old Mississauga, Ontario native was drafted  in the second round of the 2002 NHL Draft by the Toronto Maple Leafs, and played seven seasons before being traded to the Calgary Flames… In 2014-15 he helped the Flames make the Stanley Cup Playoffs for the first time in six seasons, and continued with the team through the 2017-18 Season. In 1,003 career NHL games, he recorded 146 goals and 413 points. Most recently, Stajan played with Munich EHC in the Deutsche Eishockey League (Germany) before announcing his retirement from professional hockey in 2019.