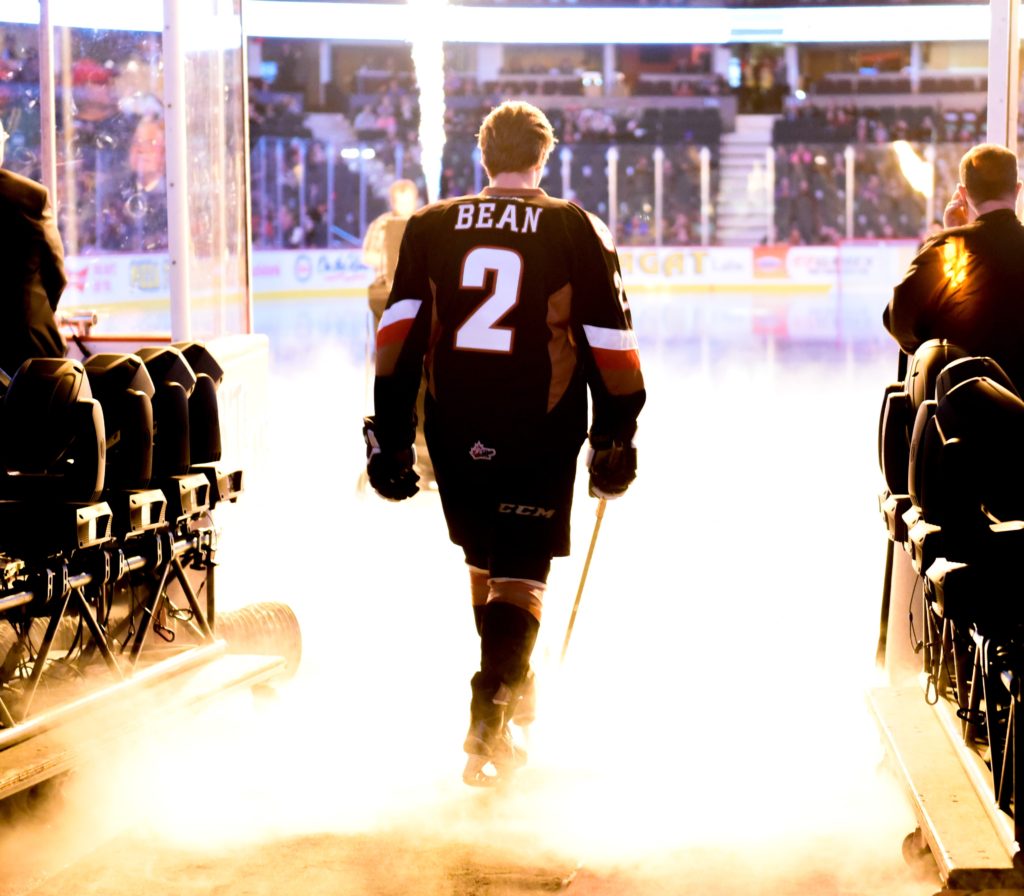 This hasn’t been the type of season Jake Bean had anticipated.

Having been sidelined for all but three games due to an upper body injury, it has been disappointing to say the least for the Calgary native who was fresh from a breakout 64-point sophomore season with his hometown Hitmen.

“It’s been frustrating to watch the games, especially when the team hasn’t been having the success that we have wanted or expected to,” said the 18-year-old defender who was one of 32 players on Tuesday invited by Hockey Canada to take part in next month’s National Junior Team Selection Camp.

“It’s been tough, but you just have to do as much as you can to help prepare yourself for when you come back and also be there to support the guys through both the good and the bad.”

There appears to be light at the end of the tunnel, however.

Bean, who led all Western Hockey League blueliners and set a franchise record in the process by netting 24 goals last season, is expected to return to the Hitmen lineup at some point during this four-game Saskatchewan road swing for the first time since Oct. 14.

In other words, it’s been a long time coming.

“This has been something I have been really looking forward to,” said Bean, who, by being plucked 13th overall by the Carolina Hurricanes last June, became the highest Hitmen defenceman selected at an NHL Draft since Karl Alzner was taken fifth overall in 2007 by the Washington Capitals.

“I have been injured a few times before but have never had to sit out for this length of time. Luckily, I have never had to miss too many games until now, but it’s something that is bound to happen at some point during a hockey career and you have to take it for what it is.”

Bean back in action couldn’t come at a better time for the Hitmen who have taken a turn for the worse.

While being relegated to the press box for a good chunk of the season hasn’t come easy for the 2015-16 WHL Eastern Conference Most Sportsmanlike Player, it’s been even tougher on Calgary’s power play which has been one of the league’s least effective in his absence.

But, with the team’s top defenceman nearing a return, all appears right with the world again.

“You see a lot of stuff that you think you can help with, and it just makes you want to be on the ice that much more,” said Bean, whose dozen power play markers last season were tops among WHL blueliners.

“I’m just excited that I’m closer to being able to contribute to the team again.”