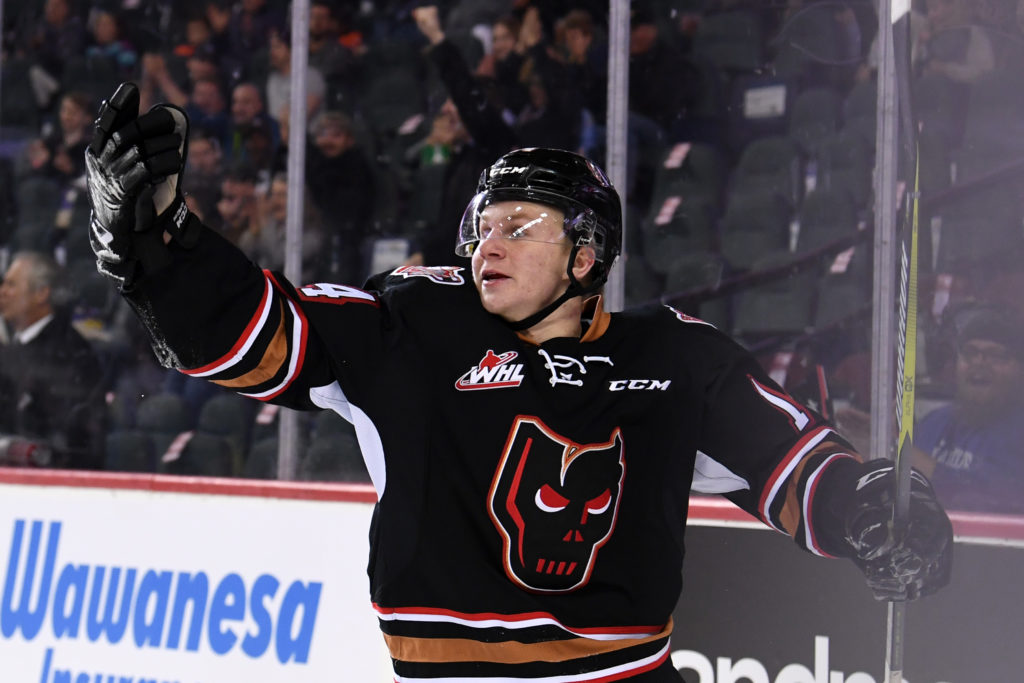 Friday night will see the Hitmen welcome the Kelowna Rockets for the lone meeting of the season, but for Ryder Korczak it’s going to be a little family reunion.

The contest will mark the first time in his hockey career that he will go up against his older brother Kaedan on the ice, the first of many installments to come.

“There’s always been a competition between us and it’s nice for him to be coming into town,” Ryder Korczak said. “My friends and family are all coming down for it so it should be a great night.

“We both know each other’s tendencies and weaknesses so it’s going to be pretty even and a bit of a chess match when we are on the ice at the same time.”

Growing up, the two brothers have had their fair share of matchups back home in Yorkton, SK. It’s helped that the siblings have always played the same positions since they got started with Ryder being a forward and Kaedan always being a defenceman.

It also didn’t hurt that the brothers were introduced to the sport at a young age, with the younger Korczak brother stepping onto the ice when he was three-years-old.

“Our dad played hockey at Boston College and Michigan Tech and got us into it,” he said. “Hockey runs in our family.

“It was good to have Kaedan around to have someone to go up against on a daily basis and compare myself to him in what we both have to do to get better. We feed off each other and it helps us both to become better all-around players. We would have a lot of one-on-one street hockey battles with the first up to ten being the winner. It was all day everyday hockey for us growing up.”

After being selected in the second round of the 2017 WHL Bantam Draft, Ryder has taken the next step in earning a spot on the Hitmen roster as one of only three 16-year-olds on the roster.

His rookie season has been an eventful one, with scoring his first two career WHL goals on the same night Oct. 26 against Lethbridge.  The right winger now has five points (4G, 1A) in 17 tilts.

“It was a great feeling and gave me a big confidence boost by getting the monkey off my back,” he said. “It raises your whole game and whole year to see the puck go in the back of the net for the first time.  It’s something I will never forget.

“I’ve learned so much from my teammates and playing with guys like James Malm and Riley Stotts from time to time is an eye opener and guys that I look up to.”