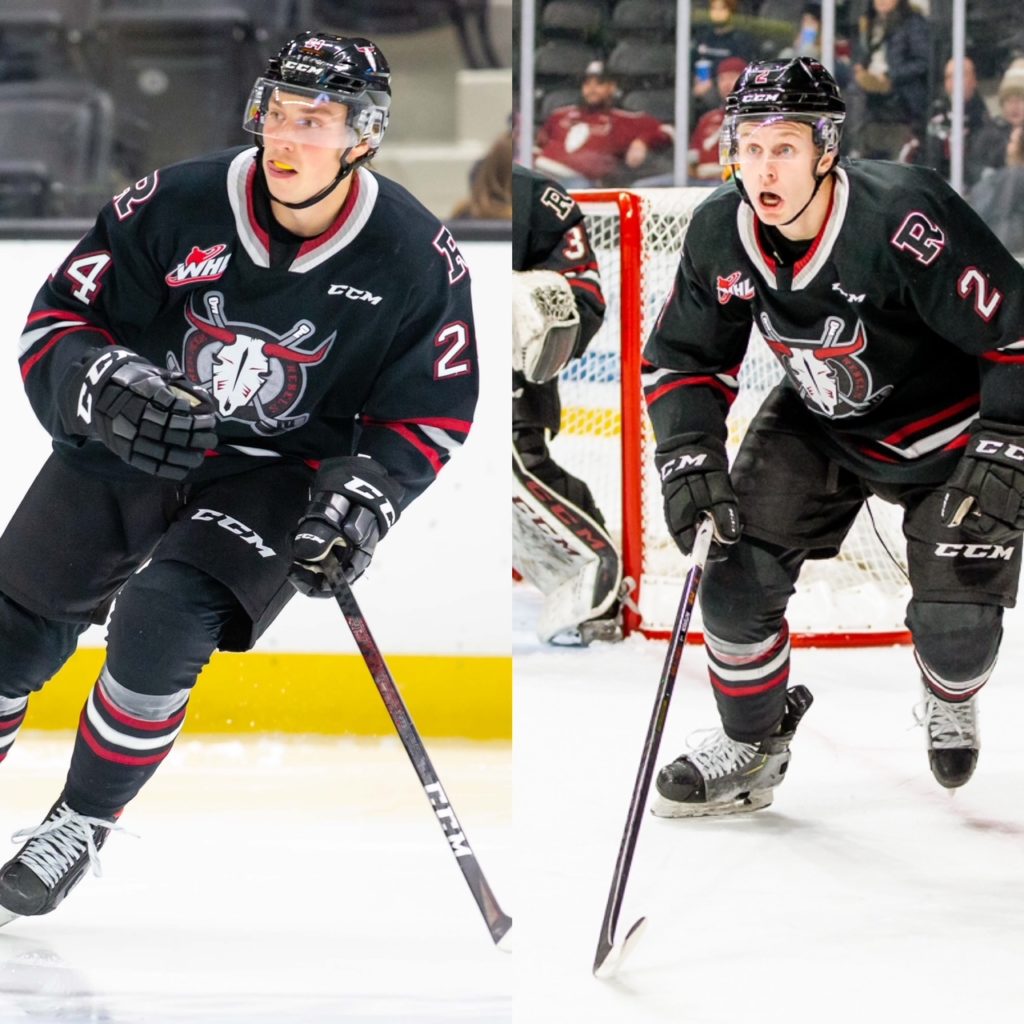 The Calgary Hitmen Hockey Club announced today that they have acquired 20-year-old forward Blake Stevenson, 18-year-old defenceman Trey Patterson, and a second round pick in the 2022 WHL Prospects Draft from the Red Deer Rebels in exchange for 20-year-old defenceman Jackson van de Leest.
“Blake is a right-handed shot and a point-a-game player this season that will add to our scoring depth and improve our power play.” said Hitmen General Manager Jeff Chynoweth. “Trey will complement our back end as a solid stay at home defenceman. For our organization, it was important to get two players in return with WHL experience.”

Jackson van de Leest was drafted by Calgary in the first round of the 2016 WHL Bantam Draft (16th overall) and has played his entire career with the club (221 games). “Jackson is in his fifth season with our team and has been a valuable player both on and off the ice. It is always difficult to trade your captain – his leadership and contribution to the community has had a tremendous impact on our program. We wish him the very best in Red Deer.” continued Chynoweth.

DID YOU KNOW? Stevenson was drafted by the Tri-City Americans in the fourth round (68th overall) in the 2017 WHL Bantam Draft.

DID YOU KNOW? Patterson was drafted by the Red Deer Rebels in the second round (28th overall) in the 2018 WHL Bantam Draft