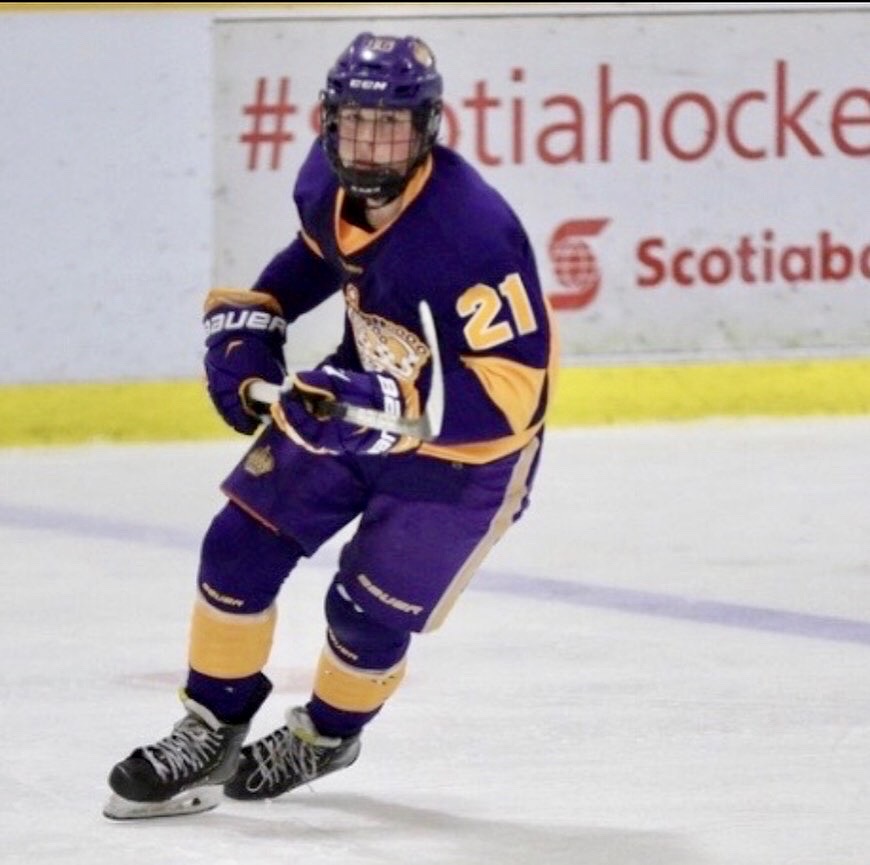 Not often do you see youngsters at a loss for words.

But that was the case for Hunter Anderson after finding out he’d been selected by the Hitmen in the inaugural WHL U.S. Prospects Draft on Wednesday.

“Words can’t describe my feelings right now” he told Hitmen.com. “I am so happy to have landed in Calgary. It sounds like such a nice city and a great organization.”

The team selected the forward, along with defenceman Briggs Orr, snapping up a pair of impressive California-born players.

Anderson was taken with their first pick, 11th overall.  The 5-foot-8, 155-lb. product of Redondo Beach  played with Los Angeles Jr. Kings this past season where he finished second in team scoring with 59 points (30g, 29a) in 45 games.

Anderson is known for being an excellent two-way forward who has great hands and can score.

In the second round of the two-round draft, they called selected Orr, a 5-foot-10, 178-lb. defenceman from the San Jose Jr. Sharks.  Orr was a key member of the Sharks blueline, logging big minutes while recording 14 points (5g, 9a) in 54 games.

“I am super excited and can’t wait for this opportunity,” said the equally enthusiastic Orr. “I can’t wait to look into it more and learn about Calgary.”

Briggs is known for being a feisty defender who is a silver medalist in Pacific Districts. He is very good in his own zone but can add a little offence.

Both players have not yet been to Calgary but are extremely anxious to get their Hitman careers going.

“I want to come to Calgary to win a Memorial Cup,” exclaimed Anderson.

“I haven’t been to Calgary yet but I know a lot about the team and WHL which excites me,” echoed Orr.

General Manager Jeff Chynoweth had plenty of good things to say about the club’s picks.

“I’ve seen Hunter play a number of times this season, I really like his game and his potential,” explained Chynoweth. “He’s got skill and will score goals.

“The rest of my staff have seen Briggs play and really like him, his compete and his battle. He plays with a little bit of an edge.

“But what really struck me was his compete and battle.”

Going forward, this will be an important event, said Chynoweth.

“We think this draft, which started just like the bantam draft with only two rounds and a conference call, has the opportunity to grow. This is a process and we’ve now taken the first step, the goal here is to grow and get more U.S players into the WHL.”

A total of 44 players were chosen in the draft. Nine different states had players selected, led by 18 California-born players. Minnesota was next with 12 players, while Texas was third with five.