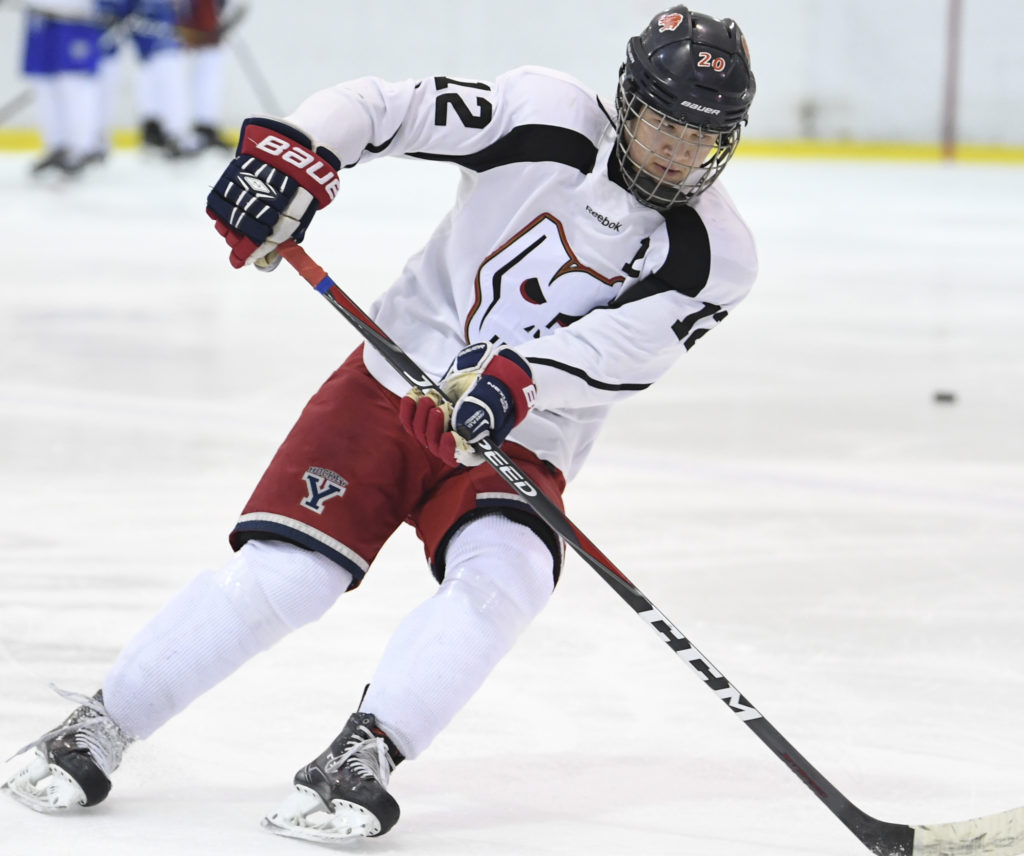 The dream is starting to become a reality.

Ever since he was younger, Zac Funk knew that he wanted to make it to the top levels of hockey as he grew older.

Fast-forward to the present, and the 15-year-old has done that and more after being drafted by the Hitmen in the second round of the 2018 WHL Bantam Draft.

“It was an exciting moment seeing my name and to be picked by a great organization,” he said. “As soon as I was drafted I couldn’t wait to get started and knew that all my hard work paid off.

“I’m pumped for the future and ready to make the most of the opportunities to come.”

The Vernon B.C. native has been lighting it up with his midget team, the Fraser Valley Thunderbirds of the BCMML, with 48 points (29G, 19A) in 32 games. His point total leads the team in scoring and he’s also in the top four in league scoring, with his 29 goals ranked second.

With his prolific scoring, Funk has been rolling since he rejoined his midget club after spending a couple weeks with the Hitmen in early January, and credited his time with his future club to his recent hot streak.

“I tried to learn as much as I could and see what the standard is like to be a member of the team and how guys carry themselves both on and off the ice,” he said. “It was an eye-opener and helped me see where I’m at and what I need to do to get here next year.

“There’s so much intensity and a big jump of speed compared to midget. Every time guys hit the ice they give it 100% and that’s something that I took away from the experience. You can make a difference with every shift, you don’t always have to go out and score. There are other things that help make a big impact.”

And, what may be more impressive than his numbers is the fact that Funk didn’t start playing hockey until he was eight-years-old.

The late start clearly had no effect in the player he would become.

“I always loved the game even though I may have not been the best when I first started out,” he said. “It just goes to show that you can do anything if you put in the work.

“That feeling I get when I score will never go away.”

With the weeks spent with Hitmen, there were many moments that stood out for him but maybe none better than watching a handful of tilts at the Scotiabank Saddledome.

It may seem like something minor but for him it added extra motivation.

“That rink is something special,” Funk said. “You don’t even need to be on the ice to witness the atmosphere and appreciate being there.

“It was surreal to walk in to a building with so much history. I can’t help but get excited to know that that I’ll be there one day on a nightly basis.”