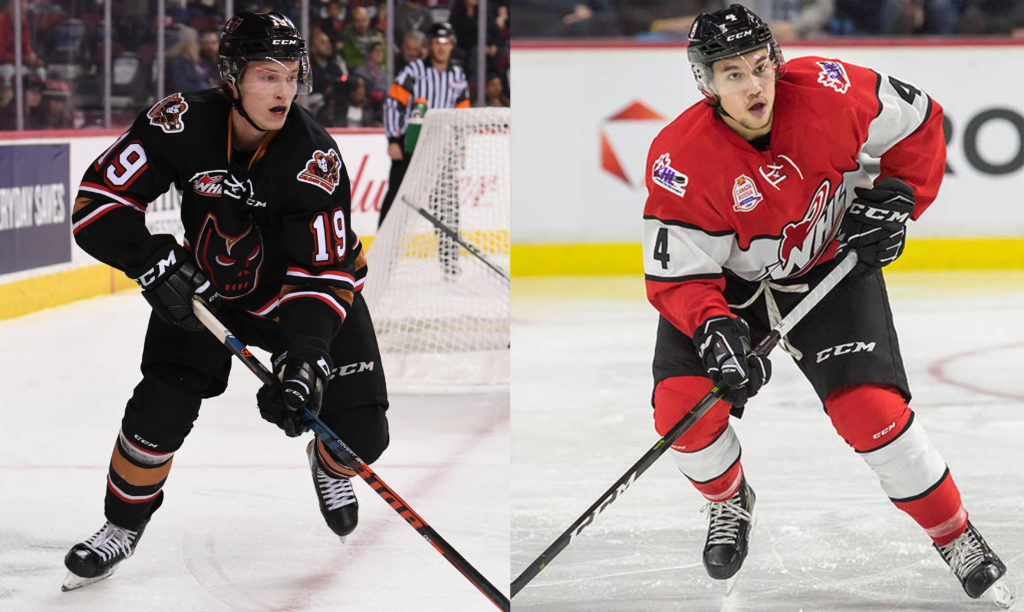 The Calgary Hitmen Hockey Club would like to congratulate teammates Carson Focht and Jett Woo on their invites to Hockey Canada’s Summer Development Camp in preparation for the 2020 IIHF World Junior Hockey Championship.

Focht is one of 25 forwards and Woo, one of 13 defencemen named to Canada’s National Junior Team Sport Chek Summer Development Camp. The Canadians will play four games in Plymouth, Michigan, taking on the United States twice in addition to singles against Finland and Sweden The full camp itinerary will be announced in the coming weeks.

Both players are coming off career years in the Western Hockey League.  Focht nearly doubled his point total from the previous season to finish with 68 points, while Woo, who was acquired at the 2019 WHL Bantam Draft from the Moose Jaw Warriors, was the fifth highest scoring defenceman in the league registering 66 points.

DID YOU KNOW?  Focht tied for the team lead in scoring during the 2019 WHL Playoffs collecting nine points (5g, 4a) in 11 games.

DID YOU KNOW?  Woo was a 2018-19 WHL Eastern Conference Second Team All-Star.