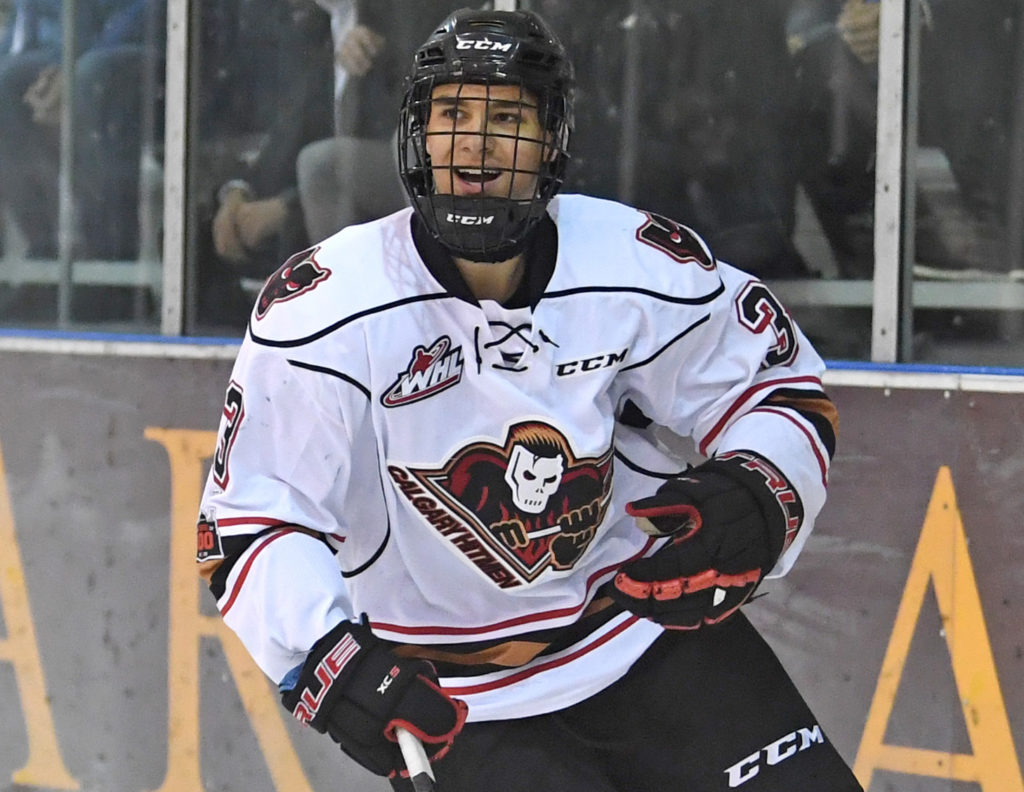 The kid can do it all.

Hitmen prospect Rory Neill has thoroughly impressed since he was drafted in the fourth round of the 2018 WHL Bantam Draft.

Whether it’s playing as a forward, defenceman, ice or ball hockey, there’s no questioning his talent and potential.

“I’ve put in a lot of work to push for a roster spot,” he said. “The goal is to always make the team but whatever happens, happens. I’m just trying to go out and play my game and leave my best impression.

“With making the permanent switch to defenceman two years ago, I’ve put a lot of emphasize  in getting in a lot defensive reps and becoming more responsible in my own end of the ice.”

“To be where I am now is an honour and I’m ready to show what I have to offer.”

The smooth skating 16-year-old is one of four 2003-born skaters looking to state their case on cracking the Hitmen opening night roster and it all starts this weekend when Calgary begins pre-season action Friday night in Edmonton.

Opportunity is there, and Neill is ready to take full advantage of it.

“This summer overall was all about trying to get stronger and more physically ready to play against WHL players,” he said. “Being a little bit undersized I wanted to gain more strength so I’m not getting pushed off pucks easily and that’s huge for me considering how much I love having the puck on my stick and setting up plays.

“The pace is so much higher and that’s something that I know I’ll have to adjust to right away. There’s less room to operate and little room for error.”

On top of his off-season training, the Manitoba product spent time in the Czech Republic competing at the 2019 World Ball Hockey Championships winning a gold medal with Canada West and named the Top Defenceman in the tournament.

“It was an amazing experience,” Neill said. “To be with a whole new group of guys from Western Canada meeting for the first time and coming together in less than a week to play in a tournament, it was a great bonding experience.

“Ball hockey is all about position and control. With the ball bouncing so much you rely a lot on hand eye coordination. It’s a big change from being on the ice but definitely helped improve my stick handling and game overall.