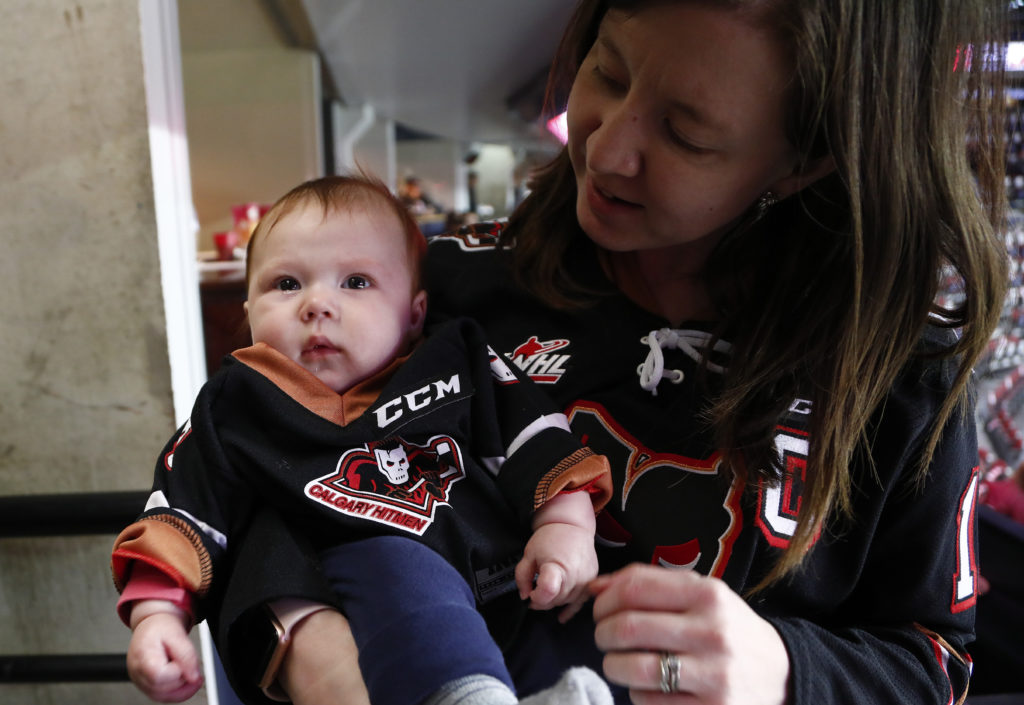 When it comes to the Calgary Hitmen, fun and family go hand-in-hand.

We offer action-packed entertainment on the ice, and plenty of fun activities off it – all of which is affordable and exciting for families.

Here are some events – both returning favourites and great new experiences – you’ll want to circle on your calendars:

Back again this season is Sunday Funday, presented by Ricky’s All Day Grill. For every Sunday Hitmen home game, there will be reduced pricing for adult tickets and youth tickets will be only $9.99. Families will be able to take part in concourse activities such as face painting and balloon animals, and there will be hockey card trading, and costumed ushers.  After each, there will be a skate on the Scotiabank Saddledome ice, free with a game ticket.

There will also be a Super Sunday Funday this year on Sunday, Sept. 29, at 4 p.m. The kids will go nuts with the giant inflatables we’ll have on the concourse.

Do your kids love Harry Potter and dress up? Then the Wizarding Game on Monday, Oct. 28, at 6 p.m., will be right up their (Diagon) Alley. Everyone attending is encouraged to come as their favourite wizard or witch.

The magical Teddy Bear Toss Game, Presented by Enmax, will take place on Dec. 1. The game has become a world-wide phenomenon, with everyone in attendance throwing a teddy bear on the ice after the first Hitmen goal of the game. All of the bears are donated to the Alberta Children’s Hospital.

Less than a week later, on Friday, Dec. 6, 7 p.m., the Carols for Christmas game will feature more than 2,000 Calgary and surrounding area students singing holiday carols before the contest and during both intermissions. Perhaps most importantly, Santa Clause will also be making an appearance!

“It’s amazing to see the faces of the kids getting a chance to be out there with some of their favourite players,” Chiesa said. “It’s a real treat for them – the kids and our players!”

Last but certainly not least, Fan Appreciation Night is Sunday, March 22, at 2 p.m. Fans can view the on-ice awards ceremony before puck drop and then have a chance to skate on the Scotiabank Saddledome ice and meet the players after the game.