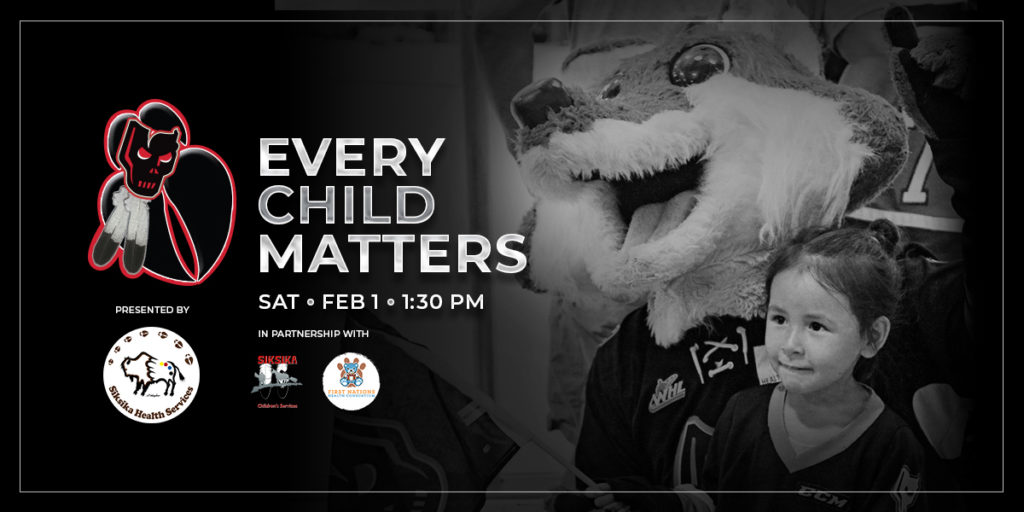 The Western Hockey League contest between the Hitmen and Red Deer Rebels will be broadcast live in Blackfoot across the province on Windspeaker Radio.  That includes CJWE 88.1FM in Calgary and CFWE 98.5FM in Edmonton with the purpose of promoting and preserving the endangered language to a larger audience.

“Oki! âba wathtech! Da nit ada! Tansi!” which translates to ‘Hello’ in the Indigenous languages of Blackfoot, Nakoda, Dene and Cree, said Chief Executive Officer of the Aboriginal Multi-Media Society of Alberta Bert Crowfoot.  “We are very pleased to be involved in this project and look forward to providing play-by-play in the Blackfoot language.  We also look forward to sharing this historic broadcast with all indigenous and non-Indigenous people of Alberta.”

The Blackfoot broadcast is made possible with the support of Sportsnet 960-The Fan who holds the exclusive radio broadcast rights to Hitmen Hockey.

“Sportsnet 960-The Fan is always proud to partner with the Calgary Hitmen on so many amazing community events season after season,” said Program Director Kelly Kirch.  “We are lucky to have such a community minded partner like the Hitmen. They truly understand how important reaching out and helping so many different groups in Calgary and Southern Alberta is. We are excited to share the message of ‘Every Child Matters’ to the great listeners of Sportsnet 960-The Fan.”

In addition to the Blackfoot language broadcast, the game will also be carried in English on Sportsnet 960-The Fan and on Sportsnet TV.  Game time is 1:30 p.m. at Scotiabank Saddledome.

‘Every Child Matters’ is a Hitmen partnership with their friends from Treaty 7 to create a game dedicated to indigenous youth empowerment through sport.