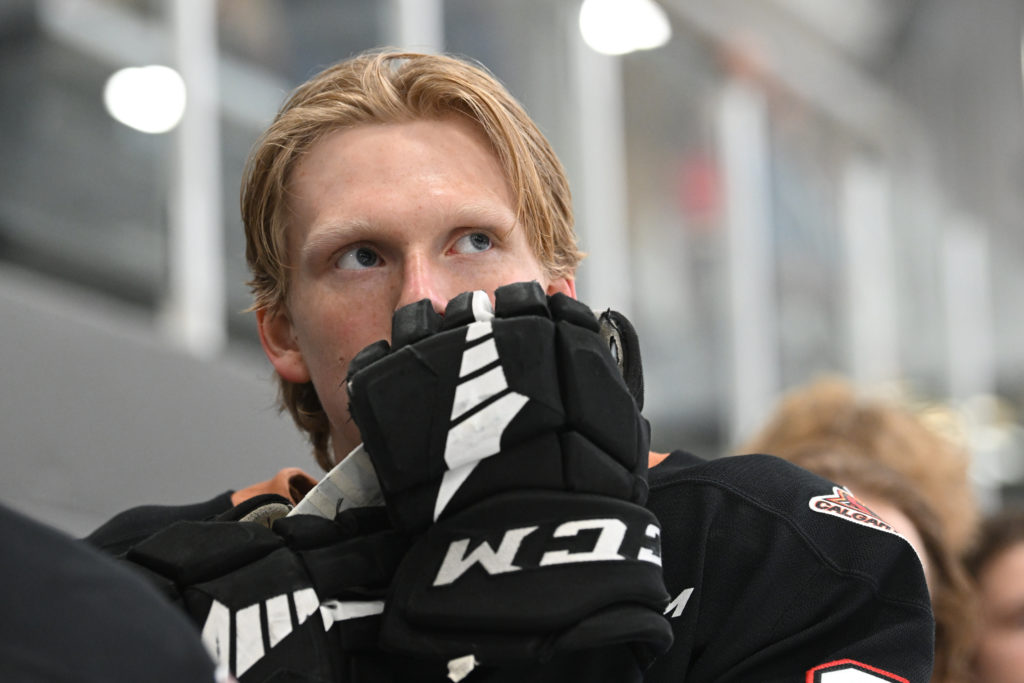 HITMEN HEADLINES: The Calgary Hitmen (8-4-1-1) open their first U.S. Division road trip in nearly four years tonight in Kent against the Seattle Thunderbirds (12-3-0-0).  Game time is 7:05 p.m. MT at accesso ShoWare Centre.  The Hitmen, winners of a season high five games in a row, will see their first action in nine days following a 5-1 home ice win over the Medicine Hat Tigers eight days ago.  Riley Fiddler-Schultz led the way for Calgary with a goal and two assists while Sean Tschigerl (1g, 1a) and London Hoilett (2a) also turned in multi-point nights.  Seattle meanwhile has been busy this week as tonight will be their third game in four days following Wednesday’s 2-1 overtime win in Kamloops and last night’s 7-2 victory in Spokane.  The Hitmen are tied for sixth in the Eastern Conference with Regina at 18 points while Seattle shares second place in the West with Everett at 24 points.

SEATTLE: This is the first and only meeting of the 2022-23 regular season between the Hitmen and Thunderbirds. It’s also their first encounter since Oct. 28, 2019 when Seattle posted a 2-1 win at the ‘Dome. The T-Birds did all their scoring in the opening 2:54 on markers from Matthew Wedman and Keltie Jeri-Leon.  Layne Toder cut the deficit in half for Calgary in the second period but Roddy Ross finished with 32 saves to post the win.  The last time the Hitmen made a stop in Kent was Nov. 23, 2018 when Mark Kastelic and Luke Coleman both scored twice in a 5-2 win for Calgary on a night where goaltender Carl Stankowski returned to Seattle to make 24 saves against his former team.  The Hitmen traveled 1,221 kilometers (763 miles) to get to Kent for tonight’s tilt.

INSIDE THE STREAK: Calgary enters tonight having won five games in a row, their longest such streak since late in the 2018-19 season when the club rattled off six straight victories.  During their current run they have outscored the opposition by a combined 24-7.

STREAKS: Six Hitmen take point streaks into tonight’s game; Riley Fiddler-Schultz is on a team-high five game run (9g, 3a) while London Hoilett (2g, 2a), Ethan Moore (1g, 2a), Carter Yakemchuk (1g, 2a) and Tyson Galloway (3a) are all on three-game streaks.  Oliver Tulk (2g, 1a) has points in back-to-back games.  Brayden Peters has won his last four starts in goal.  Grayden Siepmann (2g, 5a) saw his four-game point streak end last Friday against Medicine Hat.

GO TIME: Tonight begins a stretch that will see the Hitmen play five games in eight nights, all on the road.   It’s also the start of a schedule that has Calgary play 16 of their next 23 games in enemy rinks.

FAST FACTS: David Adaszynski is the only Hitmen to record at least one shot on goal in all 14 games this season…The Hitmen have scored 13 power play goals in 14 games…Brayden Peters has the third best goals against average in the WHL at 2.08.

CANADA CALLS: Hitmen forward Carson Wetsch will play for gold today with Team Canada Red at the 2022 World Under-17 Hockey Challenge.  His squad faces the United States in a 6:00 p.m. MT start.  In six games, Wetsch has four points (2g, 2a).

KILLING TIME: The Hitmen penalty kill is ranked second in the WHL at 88.9%. It has killed 25 of the last 26 shorthanded situations.

PROSPECT WATCH: Chase Valliant, Calgary’s third-round pick in the 2021 WHL Prospects Draft, is playing U18 Prep in the CSSHL with Yale Hockey Academy.  In seven games the 16-year-old forward has six points (2g, 4a) to sit tied for the team lead in scoring.

WE MEET AGAIN: The Seattle roster features former Hitmen defenceman Luke Prokop who was Calgary’s first round pick, seventh overall, in the 2017 WHL Prospects Draft.  Prokop played parts of five seasons with the Hitmen appearing in 153 games before his trade to Edmonton early last season.

UPCOMING GAMES: Calgary is back on the ice tomorrow, Sunday, Nov. 13 in Everett against the Silvertips before heading to Portland (Tues. Nov. 15), Tri-City (Fri. Nov. 18) and Spokane (Sat. Nov. 19).  The next Hitmen home game is not until Friday, Nov. 25 when they welcome the Prince Albert Raiders to Scotiabank Saddledome for a 7:00 p.m. start.