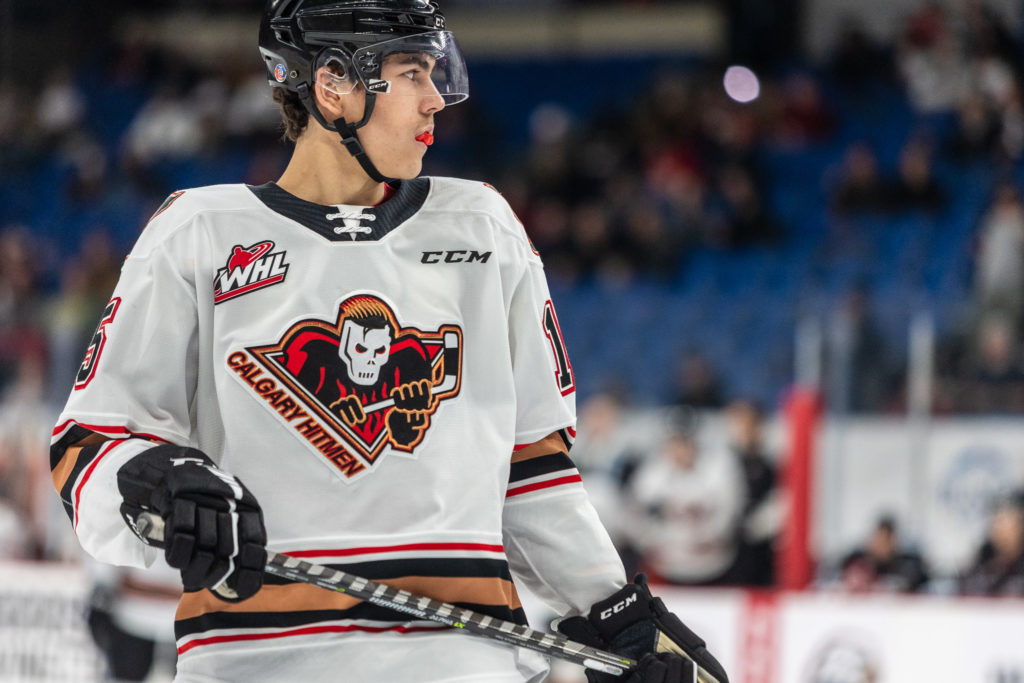 HITMEN HEADLINES: The Calgary Hitmen (10-5-2-1) put the finishing touches on their five-game U.S. road trip tonight in Spokane against the Chiefs (4-12-0-1).  Game time is 7:05 p.m. MT at Spokane Veterans Memorial Arena.  The Hitmen are 2-1-1 on the swing and coming off last night’s 4-3 overtime loss to Tri-City.  Oliver Tulk scored twice for Calgary with Riley Fiddler-Schultz adding his team-leading 11th goal of the season.  Tyson Greenway notched the winner for the Americans 2:50 into the extra session.  Spokane also played on the road last night falling 10-3 in Kelowna. Andrew Cristall, Colton Dach and Marcus Pacheco all scored twice and set up two others for the Rockets while Chase Bertholet notched two assists for Spokane.  The Hitmen are tied with Lethbridge for fifth in the Eastern Conference at 23 points while the Chiefs are tied with Victoria for ninth in the West with nine points.

SPOKANE: Tonight is the first and only regular season meeting of 2022-23 schedule between the Hitmen and Chiefs. It’s also their first encounter since March 7, 2020 when Spokane skated to a 6-3 win at the ‘Dome in what would be Calgary’s last game before COVID-19 forced the cancellation of the rest of the season. The last time the Hitmen skated in Spokane was on Nov. 17, 2018 when Mark Kastelic netted a hat-trick and Riley Stotts scored twice in a 5-1 victory.

DOING IT WITH DEFENCE: Calgary has surrendered an Eastern Conference low 45 goals.  Only Kamloops, at 40, has given up fewer goals in the WHL.

FAST FACTS: Today is Calgary’s fifth game in eight days…As a team, Calgary is 54.8% in the face-off circle with Riley Fiddler-Schultz posting a team best 59%…The Hitmen have played an Eastern Conference low 18 games.  On the flip side Brandon has already played 22 times…Brayden Peters has the second best save percentage in the league at .930 and the fourth-best goals against average at 2.15.

HOME AND AWAY COMPARISION: The Hitmen are 5-3-2-0 on the road this season while Spokane is 2-8 at home.

KILLING TIME: Calgary’s penalty kill is number one in the WHL at 90.2%. It has killed 30 of the last 31 shorthanded situations.

REGULAR SEASON CAREER MILESTONE WATCH: Brayden Peters is 31 saves away from 3,000.  Riley Fiddler-Schultz is two games away from 200 while Trey Patterson is three games shy of 100.

PROSPECT WATCH: Chase Valliant, Calgary’s third-round pick in the 2021 WHL Prospects Draft, is playing U18 Prep in the CSSHL with Yale Hockey Academy.  In nine games the 16-year-old forward has 11 points (3g, 8a) to sit tied for the team lead in scoring.

UPCOMING GAMES: Calgary will now enjoy a five-day break before returning to home ice on Friday, Nov. 25 against the Prince Albert Raiders.  Game time at Scotiabank Saddledome is 7:00 p.m.  It will be the start of a three-game weekend with a visit to Medicine Hat on Saturday, Nov. 26 followed by a return to the ‘Dome to host Red Deer on Sunday, Nov. 27 at 6:00 p.m.