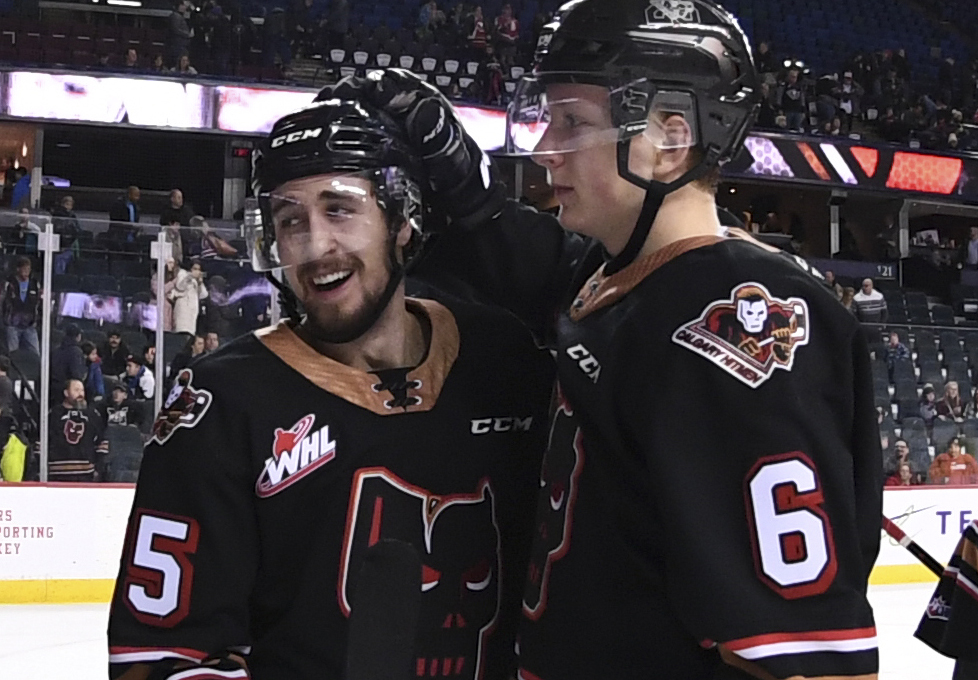 One last go on the road.

The Hitmen are set to wrap up the road swing Saturday night to take on the B.C. Division leading Kamloops Blazers, which will end a stretch of five games in eight days.

It’s a chance to get back on track as Friday night saw the Hitmen drop a 6-5 decision to the Vancouver Giants to snap a four-game winning streak. It was just their fourth loss in the last 14 games as Luke Prokop scored his first career WHL multi-goal game while Kyle Olson, Mark Kastelic and Orca Wiesblatt added single markers.

After a pair of back-to-back comeback wins over Kelowna and Victoria, the Hitmen ended up on the wrong side of the comeback this time after holding leads of 3-0 and 5-2.

With 69 points, the Hitmen are nine points away from matching their point total from a year ago when they finished with a 36-26-5-1 mark for 78 points. Third in the Central Division is still within reach, as they sit four points back of Medicine Hat.

The Blazers meanwhile are coming in on a three game winning streak, sitting at 74 points on the season with a nine point cushion over the Victoria Royals.

The stakes are high as the Hitmen can clinch a playoff spot tonight with a single point or a Regina loss in any kind of fashion Edmonton.

One step closer to reaching the post-season and of course they want to earn their spot with a win.

The Hitmen are 30-7-2-0 when holding the opposition to three goals or less.  Conversely, Calgary is 2-12-2-1 when giving up four or more goals

In the lone meeting between the clubs last season, the Hitmen won 6-3 during the ENMAX Teddy Bear Toss as Riley Stotts (3A) and Egor Zamula (2G, 1A) led the way with three points each.

Jack McNaughton has 1,764 careers saves, to sit 44 stops behind Mike Snider for eighth spot on the clubs all-time saves list