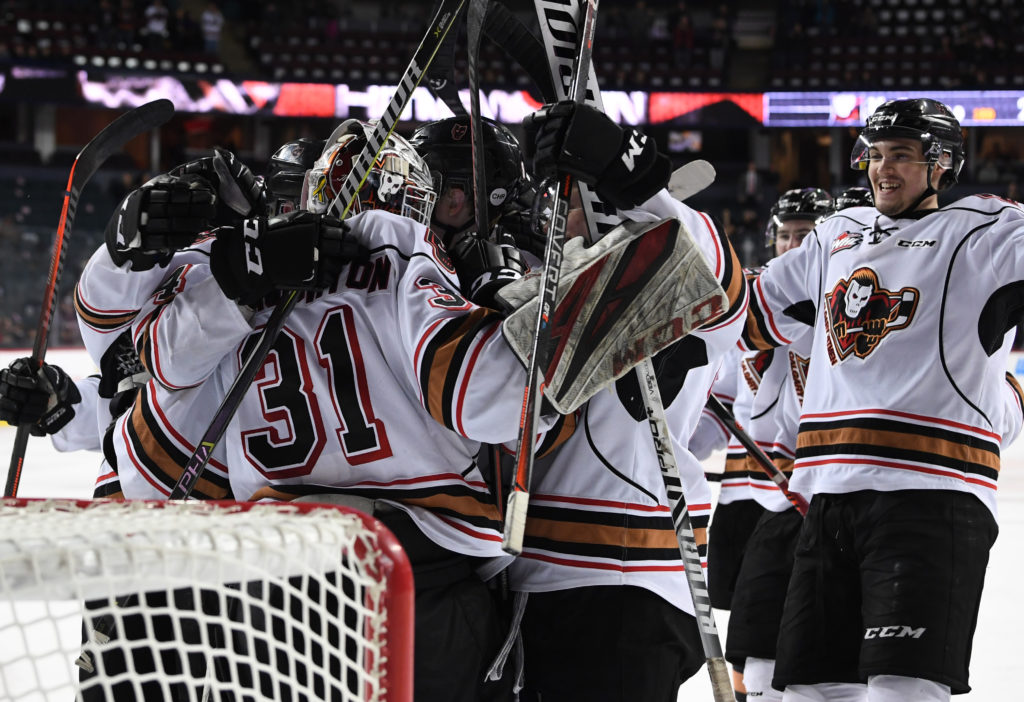 It’s time to drop the puck on a new season.

The Hitmen are set to kick off the 2019/20 WHL campaign on the road in Swift Current to take on the Broncos for the first of five meetings. During the 2018/19 season, the Hitmen won all four contests against the Broncos, led by Carson Focht (4G, 6A) and James Malm (4G, 6A) with 10 points while recent graduate Kaden Elder (5G, 1A) and Toronto Maple Leafs prospect Riley Stotts (1G, 5A) both chipped in with six points.

The Saturday night clash comes on the heels of a 2-2 pre-season record for the Hitmen, as they finished the tune-up clashes strong after a 2-1 win over the Medicine Hat Tigers and 6-2 victory against the Red Deer Rebels last weekend.

“We need to be an improved version of ourselves than we’ve been through the exhibition season. You can’t assume just because we got guys back that we are going to be better. We have to get our team game going and contributors throughout the lineup in terms of meaningful minutes.” – Steve Hamilton

“Everyone is excited to get started and build off of what we accomplished last year. It’s important we get off to a good start and remember that the season is a marathon and not a sprint” – Jack McNaughton

“I’m extremely excited to be here to make the step from midget to junior. I know it’s not going to be an easy transition but we have a great team and everyone has been so helpful in getting me ready for this season.” – Evan Toth

Dakota Krebs is four games away from 250