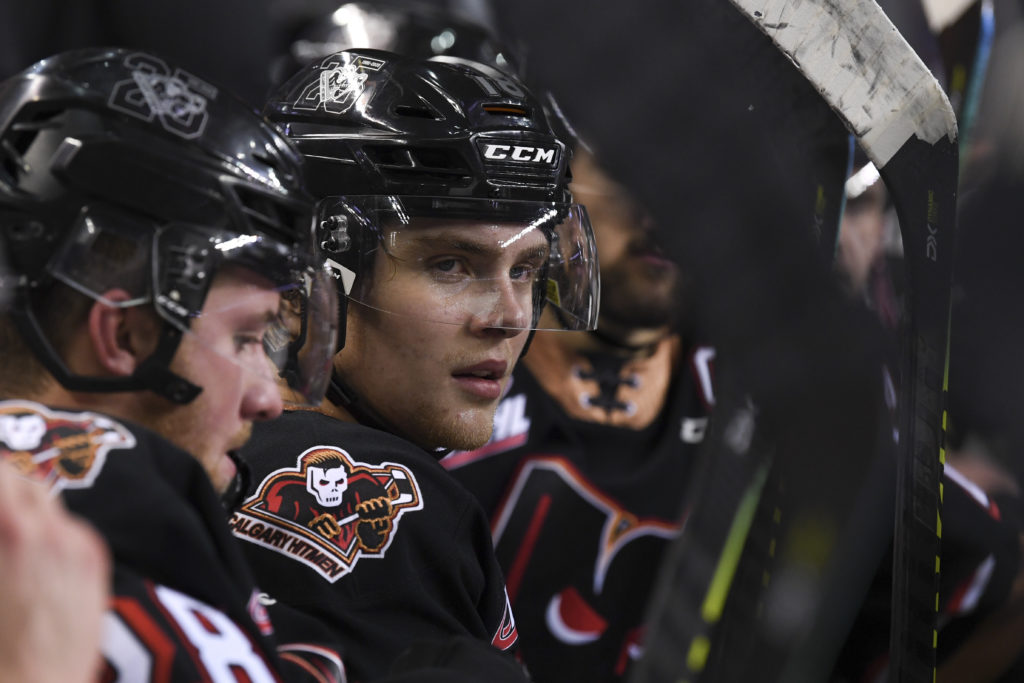 The drive for five is on.

It’s been quite the trip so far for the Hitmen with a perfect 3-0 mark as they head into Langley Friday night to take on the Vancouver Giants.

With four straight wins headed into the clash, the Hitmen will look to set a season-high five-game winning streak as the B.C. road swing nears closer to ending. Wednesday night saw the Hitmen comeback from a 2-1 deficit to top the Victoria Royals 3-2 in a shootout, as Mark Kastelic scored both markers in regulation while Orca Wiesblatt provided the shootout winner.

It’s a clash of two teams on fire, as the Hitmen are two points back of the Medicine Hat Tigers for third place in the Central Division thanks to the run they’ve been on. For most of the season, the Hitmen have seen themselves in the first Wildcard spot in the Eastern Conference with how strong the division has been this year, but now they are within reach of cracking the top three.

There’s still a lot of time to further climb up and round out their game as the post-season inches closer.

Carson Focht (3G, 2A) and Jett Woo (5A) lead the way with five points each while Mark Kastelic is next with four points (2G, 2A)

The last meeting between the clubs On Dec. 30 2018 saw the Hitmen beat the Giants 4-0 at the ‘Dome. Goaltender Jack McNaughton made 25 saves to blank Vancouver.

With 13 games remaining, the Hitmen are six points ahead of the pace last season when they owned a record of 29-21-4-1

Dakota Krebs is one game away from 300