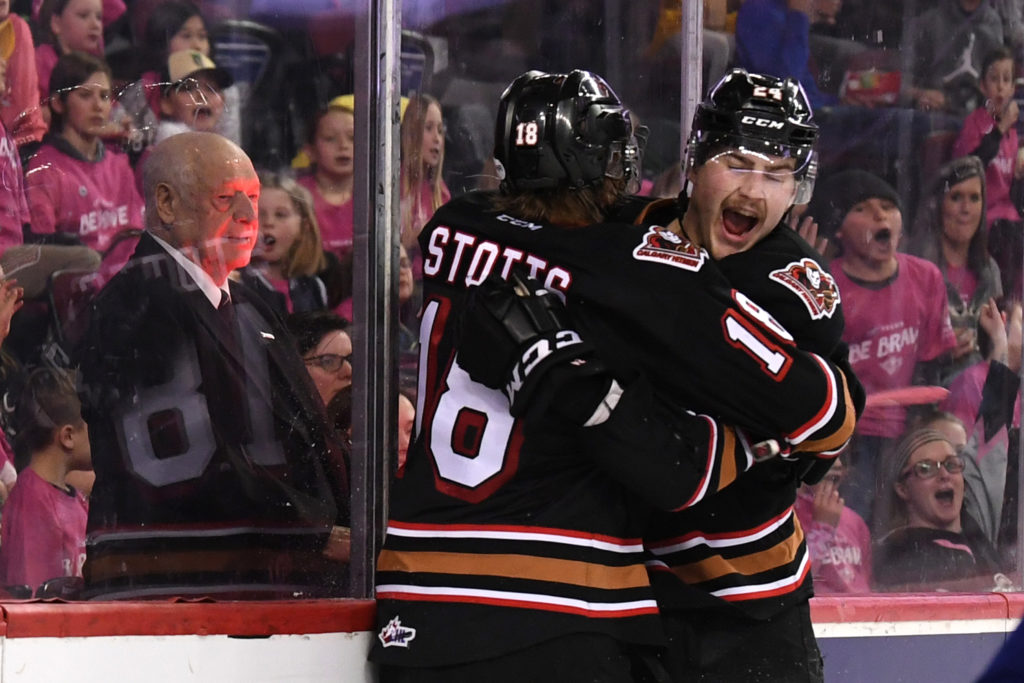 It’s down to just three.

The Hitmen roll into Lethbridge Saturday night to wrap up the season series and weekend against the Hurricanes.

They will be looking for a big bounce back after Friday night saw a six-game win streak come to an end for the Hitmen with a 5-1 loss to the Edmonton Oil Kings, falling six points out of first in the Central Division. Mark Kastelic scored his league-leading 24th goal on the power play for the lone goal, while Jack McNaughton ended with 27 saves. Both Kastelic and Malm extended their respective point streaks, to remain tied for the team lead in points with 76.

With playoffs right around the corner, a lot is still to be decided in terms of who the Hitmen will face in the first round with Lethbridge being a possible opponent. So far in the season series, the Hurricanes lead the series 4-1 with the two teams combining for 48 goals in five games. Kastelic (5G, 4A) is Calgary’s top scorer with nine points against the ‘Canes while Kaden Elder (4G, 2A) and Jake Kryski (1G, 5A) both have six.

Lethbridge head into the matchup riding a five-game win streak and an 8-2 record in their last ten to keep pace with Edmonton for the battle for top spot in the division. Their 254 goals scored are second in the WHL, but the Hitmen are right there with 249 that is good for third. Following the tilt Saturday they will face off against two teams battling for their playoff lives in Red Deer and Medicine Hat.

The Hitmen have done it all year of bouncing back after an unfavourable game, they’ll look to do it again as they try to fight for home ice advantage in the post-season.

“Everyone is ready to roll and we need to set the tone right when the puck drops,” Mark Kastelic said. “There’s a good chance we can face them and we just need to worry about our game and what we can control.

The regular season will wrap up next weekend with a home-and-home set against Edmonton, with the final home game before playoffs on Sunday March. 17.

James Malm (10G, 6A) has points in seven of his last eight games.