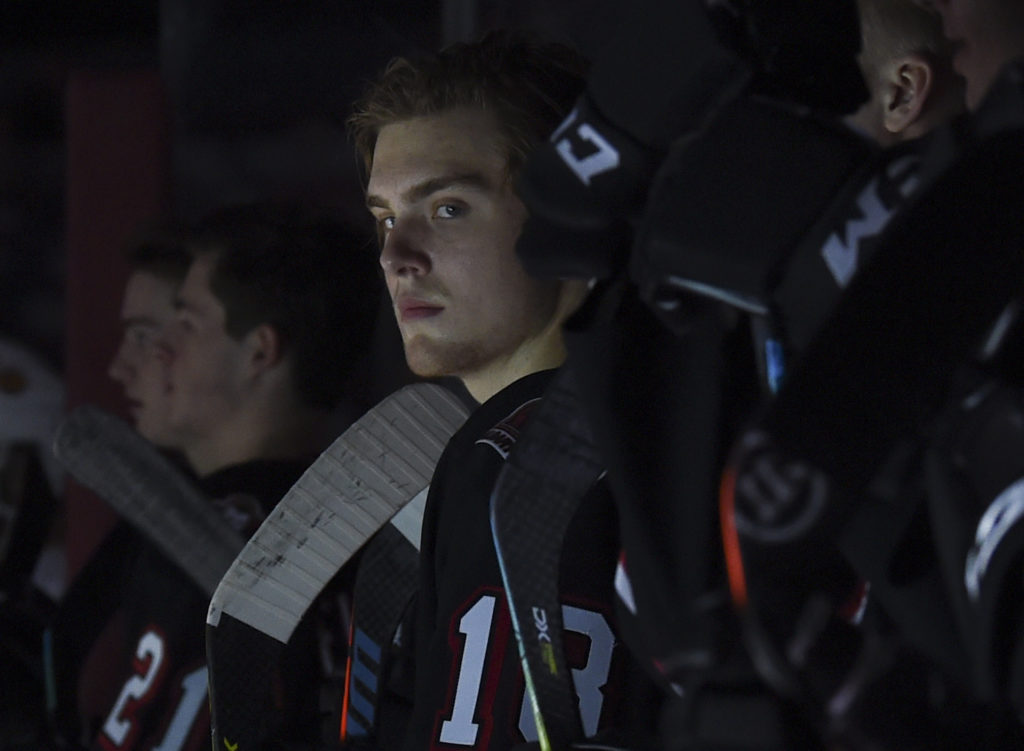 In need of a much needed spark.

The Hitmen wrap up the three-in-three weekend in the second straight tilt against the Winnipeg ICE Sunday night in search of two points.

Saturday evening saw the ICE jump out to a 5-0 lead through the first 30 minutes en-route to a 5-2 win, sending the Hitmen to their second loss in a row. Riley Stotts scored both markers to match his career high of 19 goals while Jack McNaughton made 27 saves.

It was a slow start that they couldn’t recover from.

With a 1-2 mark so far on the five-game road swing, the story of the trip has been discipline and the power play. With the man-advantage, the Hitmen have yet to capitalize on their chances, sitting at a 0-11 mark while allowing six goals on 16 penalty kill attempts.

Another area they know that needs improvement is the opening 20 minutes, as the first period has been a struggle being outscored 7-1 on the trip thus far.

All it takes is one game to turn things around, and now knowing what the ICE bring to the table, tonight provides a chance to seek revenge and even up the season series.

Brayden Peters is 3-2 in his last five appearances with a 1.81 goals against average and .934 save percentage

Hitmen have been outscored 11-7 through the first three games of the trip, despite outshooting the opposition 126-85

Three skaters lead the Hitmen in scoring during the trip with three points each, Riley Stotts (2G, 1A), Carson Focht (1G, 2A) and Josh Prokop (1G, 2A)

Jack McNaughton is 54 saves behind Cody Porter for ninth on the franchise all-time saves list.