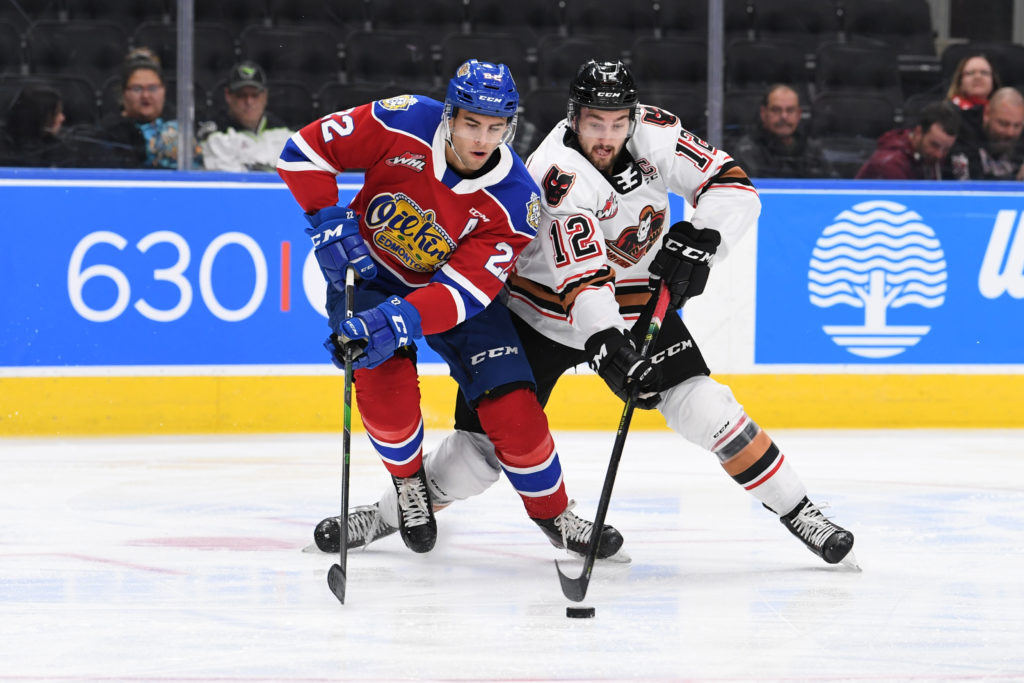 A change of scenery could do the trick.

The Hitmen begin a season long six-game road trip starting Saturday night in Edmonton to take on the Oil Kings in the fourth meeting of the season between the rivals.

After a 1-3-1 mark during their five-game home stand, the Hitmen dropped a 4-3 shootout decision to the Tri-City Americans Friday night in a crazy back and forth affair.

Egor Zamula, Mark Kastelic and Carson Focht scored for the home side but the club could not hold onto a late lead, giving up the tying goal with 21.7 seconds remaining.

Yet another close game that saw the club come out on the wrong side.

It’s the first long road trip for the Hitmen this season and they are hoping that they are able to find the same success they did last year when they went 4-2-1 on a seven-game road swing picking up nine out of a possible 14 points. After the trip they then went on to win five games in a row.

Of course, this year they are off to a better start compared to last year but with their recent struggles, a strong trip can be the jolt they need to get back to where they were at earlier on in the season.

“There’s a lot of time to turn things around and find more urgency in our game. There’s nothing that needs to be said to get us fired up, everyone knows how important of a game it is and we all need to be ready for battle right away.” – Mark Kastelic

“You have to play 50% at home and 50% on the road and you need to find ways to be successful at both. When we play with a long rink we’re a good team, when we have to negotiate that we’re not. That needs to be figured out quick here because you can’t afford to take shifts off.” – Steve Hamilton

“We have to play to our identity. Sometimes we get away from that and we have learned that if you try and do everything by yourself and not together, against these good teams they are going to beat us. It’s a team game and we need to get back to that in order to find success.” – Carson Focht

Calgary’s last seven games have all been within a goal in the final 90 seconds.  During that stretch the Hitmen have posted a record of 3-3-1

Josh Prokop (3A) is on a three-game point streak, while imports Egor Zamula (2G) and Jonas Peterek (1G, 1A) both have points in back-to-back games.

Riley Stotts is one game short of 200.