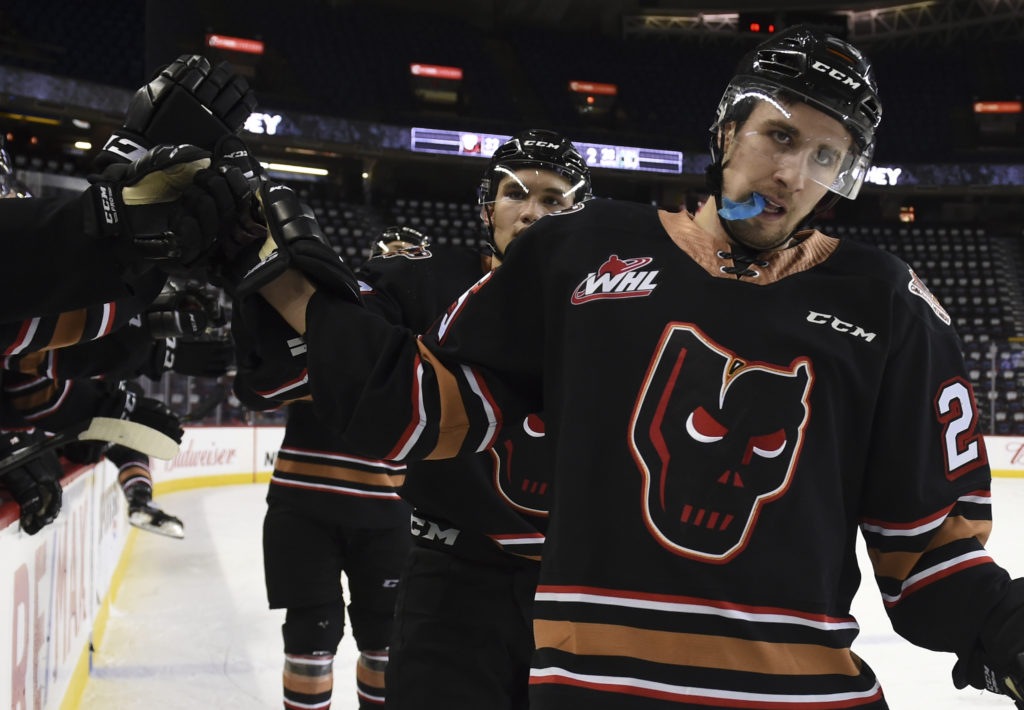 Riding the wave of momentum.

The Hitmen continue the stacked three-in-three weekend on the road Saturday night to take on the Red Deer Rebels for the sixth meeting of the season. It’s been all Hitmen so far in the series, as they have racked up 11 out of a possible 12 points, scoring 15 goals in the last three games alone.

A series they have made the most of.

With victories in six of their last seven tilts, the Hitmen will look to build off of a 2-1 win over the East Division leading Prince Albert Raiders Friday night at the Scotiabank Saddledome. Josh Prokop and Riley Fiddler-Schultz provided the markers while Brayden Peters was outstanding ending with 39 stops.

With their recent mark of 7-3 in their last ten games, the Hitmen find themselves just eight points back of both the Lethbridge Hurricanes and Medicine Hat Tigers for second and third respectively with games in hand over both rivals.

What’s been the key to their success as of late? A more complete team effort on a consistent basis and the buy in to the ‘we’ mentality put into place.

And with Kyle Olson now in the Hitmen lineup after making his debut against Prince Albert, there is more potential the club has to further elevate their game with the depth they have.

“We’ve been pretty successful the last three weeks and that’s because everyone is contributing. Everyone is an important piece to the team and been a large part of this roll. As long as we don’t get too high and lose our focus I think we can keep this hot streak going.” – Brayden Peters

Hitmen are 4-0-1 against the Rebels this season, outscoring their rivals by 22-8

Hitmen are 12-8-3 on the road this season, currently riding a two-game road winning streak

Jackson van de Leest is three points away from 50

Jack McNaughton is 40 saves behind Cody Porter for ninth place on the clubs all-time saves list.  Porter has 1,734