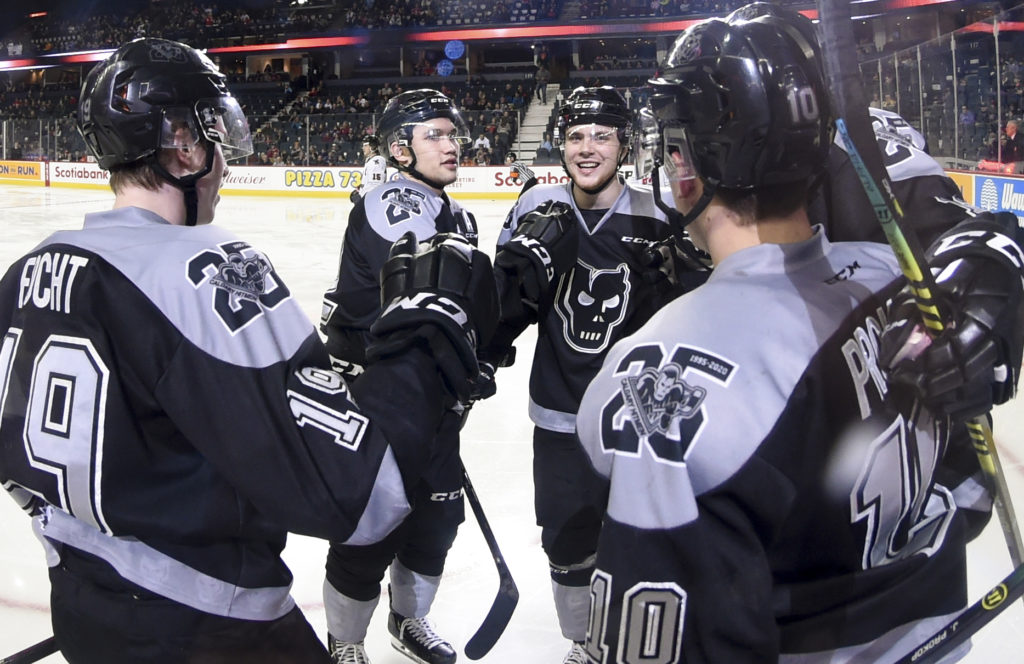 Back-to-back against a divisional opponent.

It doesn’t get any bigger than that.

The Hitmen are in Red Deer for a Saturday night matchup to wrap up the five-game road swing. It’s also the third meeting of the season against the Rebels, having gone 1-0-1 against their division rivals which saw Red Deer come away with a 3-2 overtime victory in the last meeting on Dec. 1 at the ‘Dome.

Headed into the clash the Hitmen will look to build off of the 3-2 victory over the Winnipeg ICE last Sunday, with Orca Wiesblatt supplying the game winning goal with 6:28 left to play. Riley Fiddler-Schultz and Carson Focht also found the back of the net while Brayden Peters turned aside 18 shots to record the win.

The upcoming stretch is a crucial one for the Hitmen, playing the next seven of nine games on home ice before departing for the B.C. road trip in mid-February.

They continue to hold steady in the standings, occupying the first Wild Card spot in the Eastern Conference sitting two points ahead of the Saskatoon Blades who are in the final playoff spot. Looking up, the Hitmen are nine points behind the Medicine Hat Tigers for third in the Central Division.

With 25 games left to go, the value of points holds higher value now more than ever.

“We have a lot of important games coming up especially with the five-game home stand on the horizon. The guys are excited for the challenges ahead of us and looking forward to building off of each game. We can’t overlook any opponent and first off all the focus is on Red Deer and being ready to battle.” – Mark Kastelic

“I want to see us as a team building towards the best version of ourselves we can be. If you get into playoffs, anybody can win. That’s our priority right now and then playing our best hockey at the right time.” – Steve Hamilton

January is the busiest month of the season for the Hitmen with 14 games, currently sitting at a 6-4 mark through the first ten tilts

Ten different players have picked up at least a point on the road swing with Carson Focht (3G, 2A) leading the charge with five points.  Riley Stotts (2G, 1A), Josh Prokop (1G, 2A) and Orca Wiesblatt (1G, 2A) are next with three points each

Brayden Peters is 4-2 in his last six appearances with a 1.84 goals against average and .929 save percentage

Jack McNaughton is 54 saves behind Cody Porter for ninth on the franchise all-time saves list.