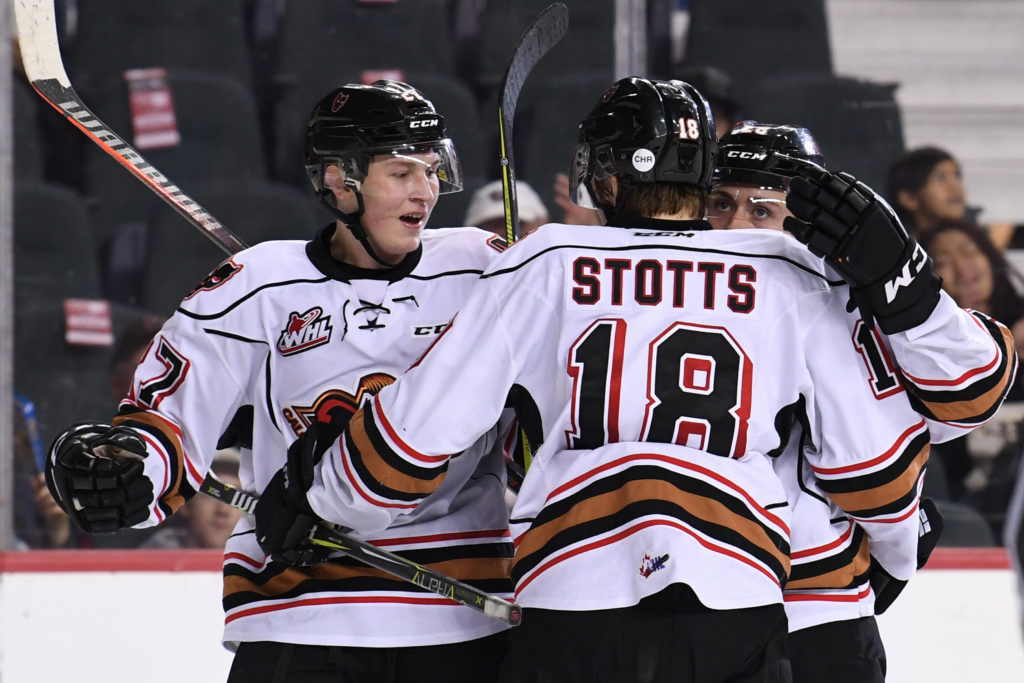 It’s right back to the grind.

Following a 4-3 overtime win over the Edmonton Oil Kings Friday night on home opening night, the Hitmen will look to carry the momentum Saturday night in Red Deer for the first meeting of the season against the Rebels.

Friday’s victory was the first of the new season for the Hitmen as James Malm (1G, 2A), Carson Focht (2G), Josh Prokop (1G,1A) and Egor Zamula (2A) all chipped in with multi-point nights with Focht scoring the overtime winner.

The Hitmen were provided a big boost with the return of Malm to the lineup after the 20-year-old missed the opening night clash against the Swift Current Broncos.

The clash with the Rebels is the first of eight meetings, similar to last season which saw the Hitmen finish 2-5-1 against the rivals. Despite the record a year ago, the Hitmen won two of the last three meetings by a combined score of 11-8 and also defeated the Rebels 6-2 in pre-season action earlier this month.

Following the match-up, the Hitmen will head back home to wrap up the weekend against Medicine Hat in yet another key divisional clash.

“It felt really good to be back. Getting that goal and then setting up a couple really helped with my confidence and it’s something I can build on for the rest of the weekend.” – James Malm

“We knew that it was a tough schedule coming in but we just want to focus on each game individually. We wanted the win last night, we did that and now the focus is on tonight and being ready for Red Deer.” – Carson Focht

“Our veteran guys have a long history of what it takes to play in this league but our younger players have been impressive and they are going to be a huge part for our team as they season goes on.” – Steve Hamilton

This weekend is the first of six three-in-three weekends for the Hitmen.

James Malm needs one to reach 200

Dakota Krebs is two games away from 250