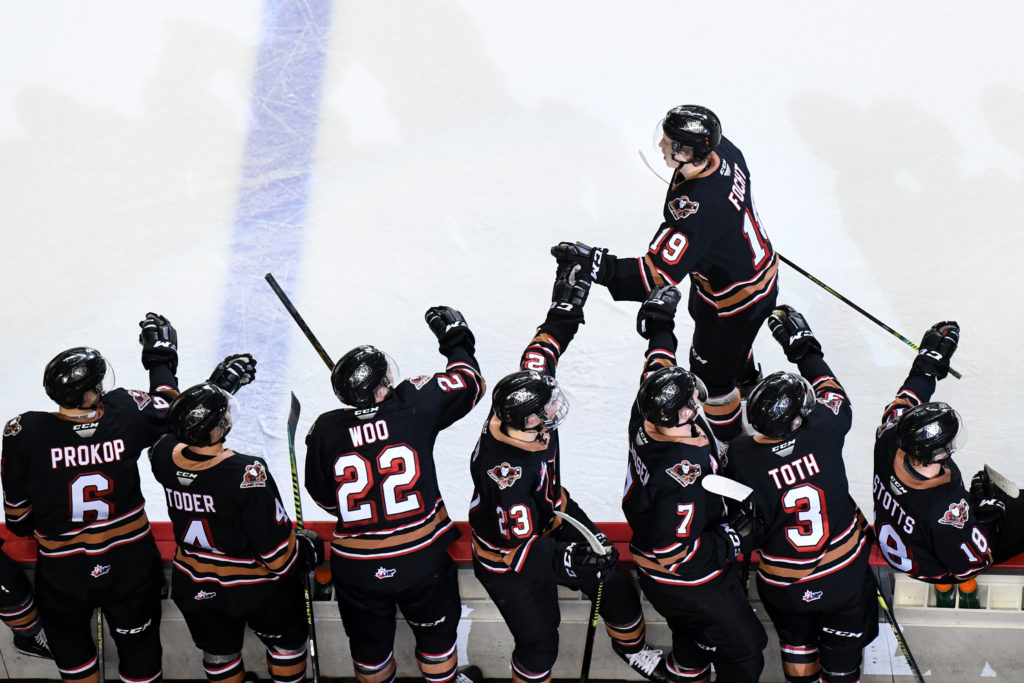 Jumping into the Tigers den.

The Hitmen wrap up the weekend set in Medicine Hat to take on the Tigers for the third meeting of the season. It also kicks off a two-game set in five days as the two clubs will meet once again on New Year’s Day back at the Scotiabank Saddledome.

With a 2-0 mark against the Tigers so far, the Hitmen have outscored their division rivals 8-3 in the series. The last meeting was two months ago on Oct. 20 which saw Calgary erase a 3-0 deficit to storm back with six goals in the final 42 minutes for the win.

Both clubs were in action last night as the Tigers dropped a 4-3 shootout decision to the Swift Current Broncos, while the Hitmen also earned a point in a 5-4 overtime loss to the Lethbridge Hurricanes. After being down 3-1, the Hitmen jumped to a 4-3 lead before the ‘Canes stormed back. Riley Stotts led the way with three points (1G, 2A) while James Malm, Orca Wiesblatt and Jett Woo also scored for the visitors.

In the midst of playing eight straight games against divisional opponents, the Hitmen will look to improve on their current mark against division rivals, as they have gone 6-6-3- 0 so far this season.

It’s a respectable mark, but one they know will need to improve if they want to get into the top three of the division.

Egor Zamula, who is with Russia at the World Juniors, is tied for sixth among defencemen in league scoring with 28 points. Mark Kastelic is tied for 10th in goals in the WHL with 18 and shares the league lead with three shorthanded markers.

Jack McNaughton needs 20 saves to move into a tie with Brandon Glover for 11th place on the clubs all-time regular season saves list at 1,561.

Josh Prokop is four games away from 100.