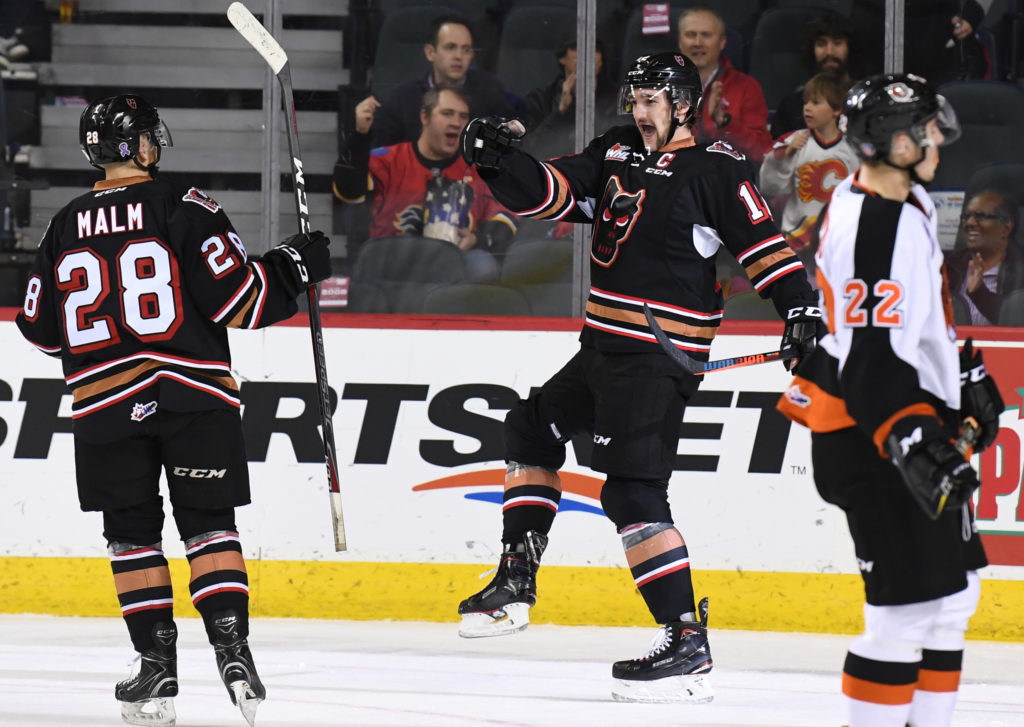 After Friday night saw the Hitmen come away with a 3-1 victory in the first set of a home-and-home set at the Scotiabank Saddledome, Saturday night will see the action pick up where it left off this time in Medicine Hat.

Mark Kastelic, Egor Zamula and Carson Focht all made the red light flash in the victory with goaltender Carl Stankowski stood tall ending with 29 saves for his second win in his last three starts. The Hitmen have won three of the four games in the season series so far while outscoring the Tigers by a combined 18-14.

With the playoff race heating up in the Central Division the Hitmen are tied for the first wildcard spot with Red Deer, while up six points on Brandon and sit four points back of the Tigers for third in the division. A win Saturday night would see them sit just two points back for third with a game in hand.

The second half of the set is only the second time this season the Hitmen face an opponent in a home-and-home series.  The last was in mid-November when they swept the Kootenay ICE by scores of 7-3 at home and 5-0 in Cranbrook.

They’ll look to repeat history with another sweep but know that it won’t come without a fight. And, that’s just what they expect in an important divisional battle late in the season.

“With the standings so close every game is huge for us,” Kastelic said. “If we can set the tone early and let them know it’s not going to be an easy night we should be able to find success again.

“The guys are excited for it and it should be a good challenge for us.”

Saturday is also the first game of a four-game road swing that will see the Hitmen have another big matchup Wednesday night when they take on the Wheat Kings.

Riley Stotts (4G, 7A) is riding a nine-game point streak.

Mark Kastelic (2G, 2A) has points in three straight games.

Egor Zamula is one assist away from 50