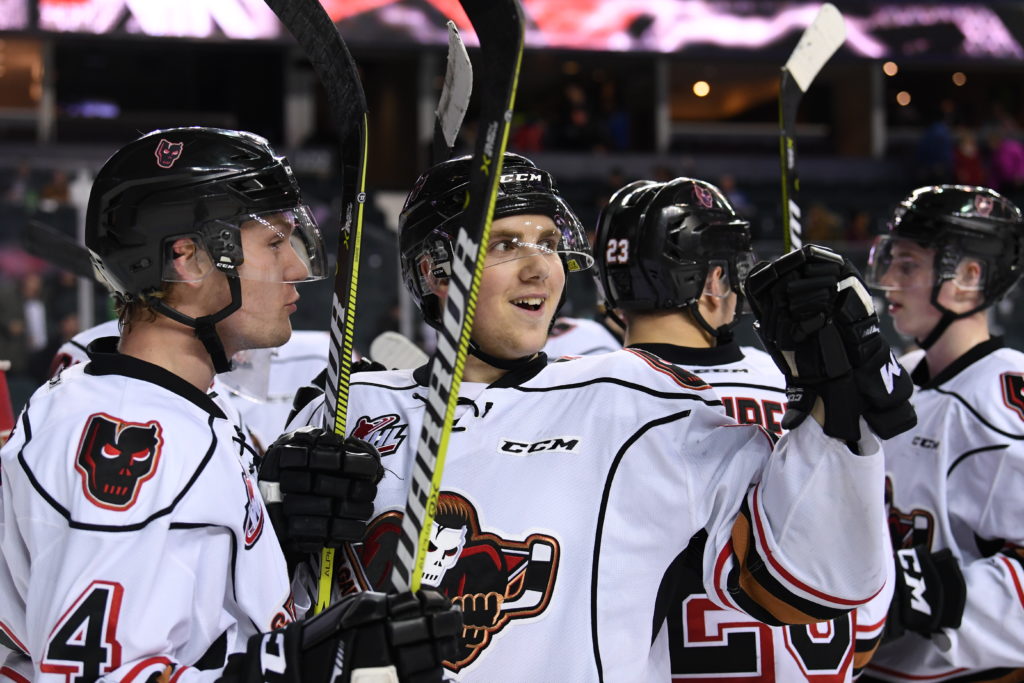 The Hitmen continue the road trip as they take on the Moose Jaw Warriors Friday night in the first meeting of the season between the clubs.

Last season saw the Warriors win all four meetings outscoring the Hitmen 24-11. Riley Stotts led the Hitmen in scoring with five points (2G, 3A) in three games played. Luke Coleman was up next with three points (1G, 2A) in four tilts.

Fresh off a 6-5 overtime win over the Saskatoon Blades Wednesday night, the Hitmen improved to 1-1 on the trip while picking up their second win in the last four tilts. Josh Prokop led the way with his first multi-goal and three-point night including the overtime winner. Kaden Elder, Carson Focht and Riley Fiddler-Schultz provided the other markers. Carl Stankowski picked up his first win as a member of the Hitmen with a 36 save effort.

The Warriors are coming off a full week off from game action as their last game was Saturday Oct. 13 against the Spokane Chiefs in a 4-3 win. Despite losing many key players from graduation from last year’s roster, Moose Jaw have maintained their strong play with a 4-2-2 mark sitting fourth in a tough East Division.

Not only does Friday mark the third game of the trip, but also a busy stretch that see’s the club play four games in five nights.

“Every team goes through busy stretches and it’s no different for us,” head coach Steve Hamilton said. “We can’t let up or take a shift off and we need to be ready to go right from the start.

“This is an important stretch of games for us.”

The Hitmen will head out to take on the Brandon Wheat Kings Saturday night before wrapping up the five-game road swing Tuesday night in Red Deer.

Mark Kastelic is three goals away from 50.

Riley Fiddler-Schultz (2G, 1A) and Luke Coleman (1G, 12) both have points in three straight games.