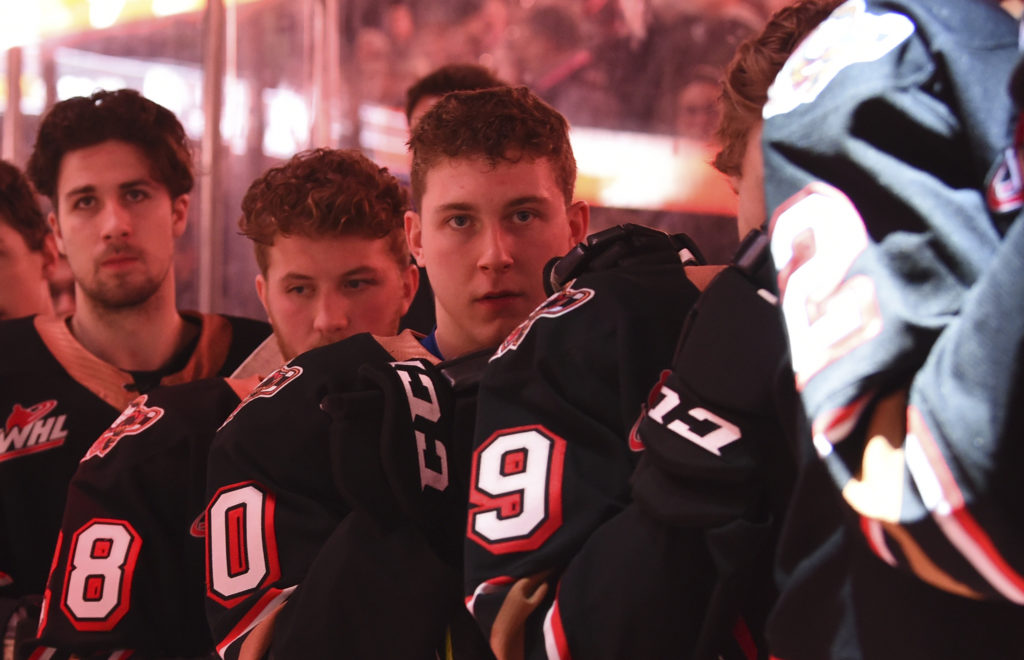 The Hitmen are gearing up for another three-in-three weekend, kicking off the set of tilts Friday in Brandon for the second meeting of the season against the Wheat Kings.

Last time the two clubs met was on Nov. 22 in Brandon, as the Hitmen skated away with a 4-3 overtime win. Orca Wiesblatt (2G) and Carson Focht (1G, 1A) lead the way in scoring in the season series, with Focht scoring the overtime winner.

The Himen will look to ride the wave of momentum fresh off a 4-3 shootout win over the Swift Current Broncos Wednesday night, coming back from a 3-1 deficit. Focht had a pair of markers with Cael Zimmeramn adding the other tally in regulation. Josh Prokop scored the shootout winner as the Hitmen have won four of their last five games.

With a 5-2 mark to start the new calendar year, the Hitmen remain in the first wildcard spot in the Eastern Conference with 49 points as they have racked up the points as of late.

Something has to give in this clash, with the Hitmen winners of two straight on the road while the Wheat Kings have been on a roll at Westoba Place with a five-game home winning streak.

“The turnaround is so quick. You can’t rely on just a few players, you need everyone to contribute and step up when you are playing this often. I like our lineup and like the chemistry that has been developed, it’s just a matter of getting everyone to play a full 60 minutes.” – Steve Hamilton

“It’s nice to go on a long trip like this one to really get to know the guys better. It’s a lot of time on the bus and in the rink spent together so it opens up that time to settle in more. It’s a great group of guys and we’re looking forward to going on a run.” – Connor Gabruch

Dating back to last season, four of the last five games between Calgary and Brandon have been decided in overtime

Hitmen are 10-2-1-0 against the East Division this season, racking up 21 out of a possible 26 points

Orca Wiesblatt (1G, 1A) is on a two-game point streak, while Riley Stotts (1G, 5A) has points in five of his last six outings