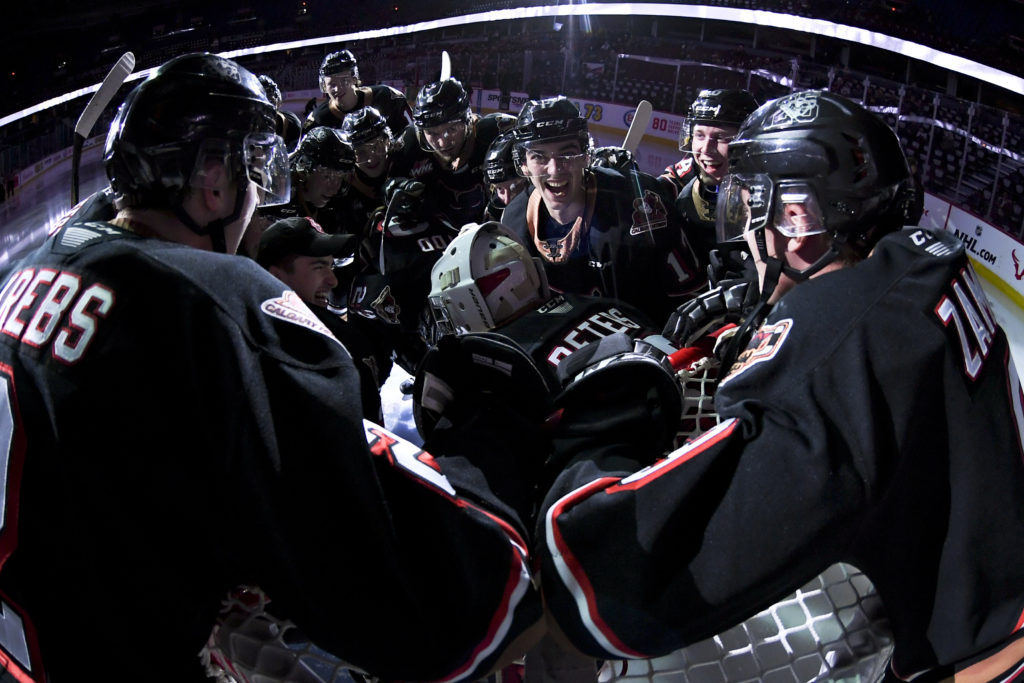 One last go on home ice.

The Hitmen wrap up a five-game home stand Friday night at the Scotiabank Saddledome in the lone meeting of the season against the Tri-City Americans, before heading out on a six-game road trip.

Last outing saw the club snap a three-game losing streak with a 4-2 win over the CHL second-ranked Prince Albert Raiders.  Orca Wiesblatt led the charge with two goals, scoring the tying and game winning goals, while Jonas Peterek and Egor Zamula added single markers. Brayden Peters made 26 saves for the win as the Hitmen came back from a 2-1 deficit to pick up their ninth win of the season.

It’s a step in the right direction for the club being on the positive end of a close game as they look to carry the momentum into Friday’s clash.

Things are tight in the Central Division with the Hitmen sitting in fourth but only four points back of Medicine Hat for third with two games in hand. The season may still be young, but the group is well aware of where they are and where they want to be when it’s all said and done.

“Sometimes forcing the play leads to chances against. We are trying to stick to the simplicity of the game in forcing the other team into mistakes rather than self-inflicted plays. It’s a big weekend to build off of Wednesday night and now that we have our mojo going again, we can’t let up. – Steve Hamilton

“We have to play a full 60 and play for each other. Whether it’s in the offensive, defensive or neutral zone, we need to give it our all with each shift and fight until the very end. We know what we can do when we are on top of our game, it’s just a matter of bringing it every night.” – Orca Wiesblatt

Calgary’s last six games have all been within a goal in the final 90 seconds.  During that stretch the Hitmen have posted a record of 3-3

The last time Calgary beat Tri-City was at the ‘Dome on Nov. 14, 2015.  Jakob Stukel netted his first career hat-trick while Jackson Houck collected four assists in a 4-3 triumph.

Orca Wiesblatt (2G, 1A) and Josh Prokop (2A) both have points in back-to-back games