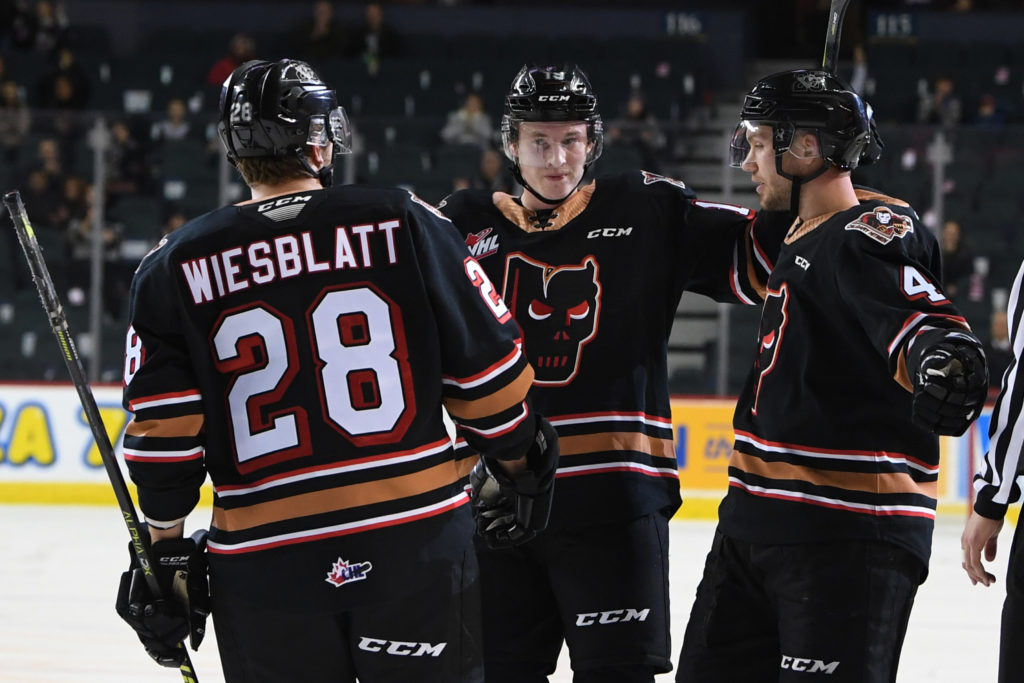 Saturday night is a special one at the Scotiabank Saddledome as the Hitmen will take on the Saskatoon Blades for Bret ‘The Hitman’ Hart Night presented by Kal Tire.

As the club honours the namesake off the ice, on the ice there is extra motivation to get a win after suffering a 9-3 loss to the Blades the last time the two clubs met. After that loss, the Hitmen strung an impressive four-game win streak before seeing it snap this past Monday night against the Seattle Thunderbirds by a 2-1 decision.

Layne Toder scored the lone Hitmen marker while Brayden Peters made 26 saves in his third appearance of the season.

With 17 points in the early stages of the season, the Hitmen sit just two points back of Medicine Hat for third in the Central and six back of Lethbridge for second. With just 12 games played so far, the Hitmen have played the fewest games in the entire league and a fair share of games in hand over the clubs they are chasing down in the division.

A major emphasis for the tilt and going forward for the club will be starting on time, as the last five of six games have seen the Hitmen give up the first goal. When trailing after 40 minutes, the Hitmen are 1-3-1, and 6-0 when they have the lead headed into the final stanza.

“This is a big weekend for us. We’ve got two good hockey clubs coming into our building and we need to protect home ice. We need to be ready as soon as the puck drops and not get sunk into playing catch up like we have been the last few games. The guys know the importance of tonight and want to avenge that tough loss we suffered against these guys a few weeks ago. – Steve Hamilton

“This week of practice was huge to get back into our game and focusing on the small details. We’ve been getting away from that a bit in the last few games and you aren’t always going to win if you try and out run and gun the other team.  We want to get back to playing our game and making things difficult for our opponents consistently.” – Dakota Krebs

Jonas Peterek (3G, 4A) and Riley Stotts (3G, 5A) have points in five of their last six outings.  Carson Focht (5G) has scored in four of his last five games

Hitmen are 5-2 on home ice this season

Kastelic is 15th on the all-time points list at 178, three back of Michael Stone who sits 14th with 181 points

Mark Kastelic is one goal away from moving into a tie with Cody Sylvester for fifth place on the clubs all-time goal scoring list at 97 goals.

Layne Toder is one games shy of 150

Riley Stotts five games away from 200