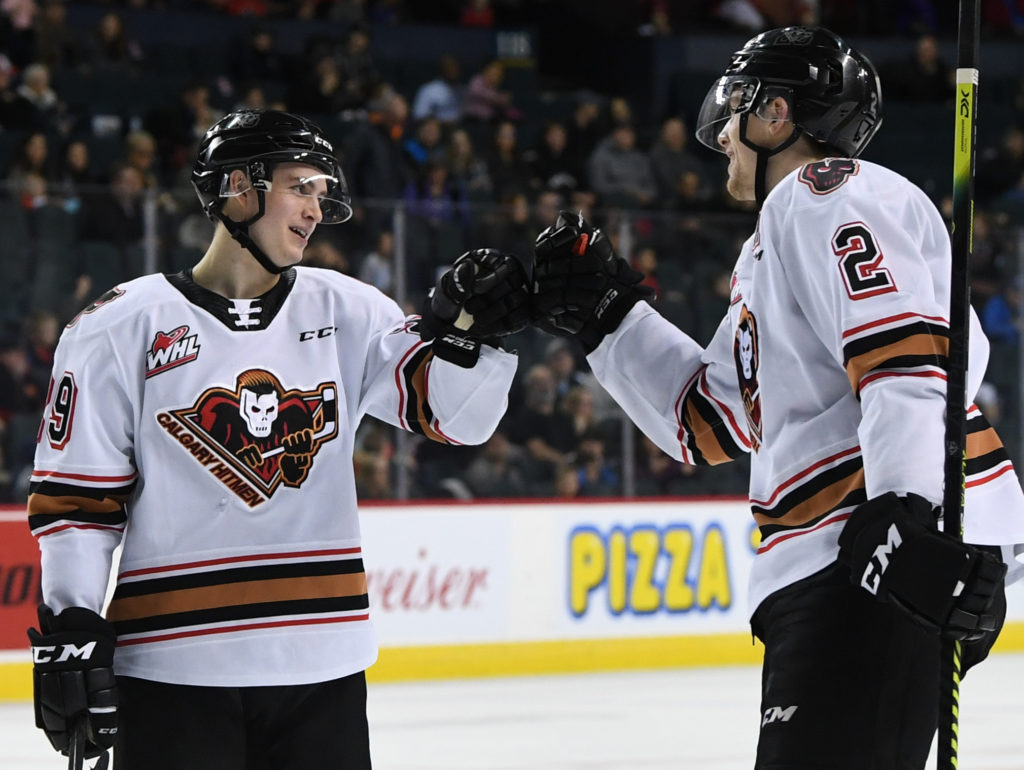 It should come as no surprise considering the Hitmen find themselves with just 23 games left on their WHL regular season schedule as January winds downs.

And how fitting it is that Wednesday night sees an opponent they can very well face in the first round of the playoffs, the Winnipeg ICE. Of course a lot can happen between now and March but it does make the matchup a little more intriguing.

It wasn’t long ago that the clubs squared off, Jan. 18 and 19 to be exact, which saw the Hitmen drop the first clash by a 5-2 score but rebounded in the second tilt with a 3-2 victory. That game was the start of the current three-game win streak the Hitmen are currently on, picking up back-to-back wins over the Red Deer Rebels with identical scores of 5-2.

Since coming out of the Christmas Break, the Hitmen have gone 9-5-1, going 8-4 in January thus far with two more games to come, including Wednesday night, concluding their busiest month of the schedule with 14 games.

The current five-game home stand could prove to be the most important one, with three games being against the teams that represent the top three in the East Division in Winnipeg, Prince Albert and Brandon.

Not to mention, use these games to their advantage in terms of games in hand over their rivals in the ever so close Central Division.

“Hockey is all about momentum. Anytime you can get some you want to keep riding it out for as long as possible. It’s huge for us this time of year and we want to continue to get stronger with each game.” – Dakota Krebs

“I’ve stressed before how key this stretch is for us and the guys realize that. It’s up to us as a group to rise up to the challenges and play to the level we know we are capable of, night in and night out.” – Steve Hamilton

With three of the next four games against clubs from the East Division, the Hitmen have gone 11-4-1 so far against those opponents this season.

Brayden Peters is 6-2 in his last eight appearances with a 1.88 goals against average and .926 save percentage

Riley Stotts is two assists away from 100.

Jack McNaughton is 54 saves behind Cody Porter for ninth place on the clubs all-time saves list.  Porter has 1,734.