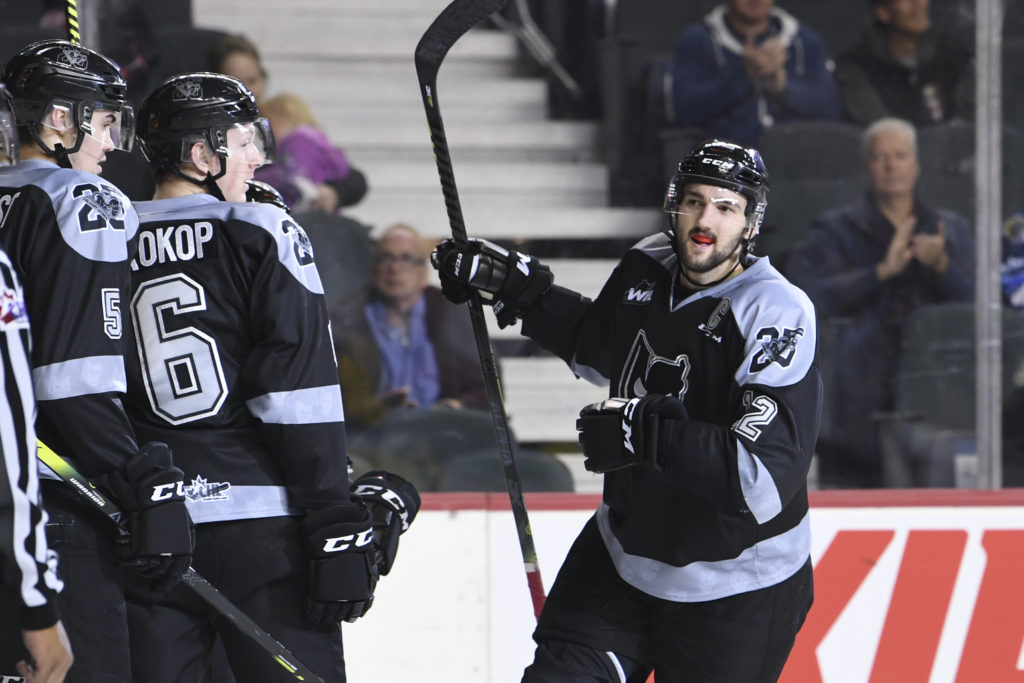 And it’s only fitting that the last game of the decade comes against a divisional rival in the Edmonton Oil Kings.

It’s hard to believe that Monday night at the Scotiabank Saddledome will see the Hitmen square off against Edmonton for the last time this season, as the two clubs have faced each other seven times already.

The Oil Kings currently hold the advantage winning five of the seven matchups, but the Hitmen came out on top in the most recent matchup in a 3-2 overtime win back on Dec. 7 at Rogers Place. All seven of the previous tilts have been decided by two goals or less, with two being decided in overtime.

The Hitmen will look to use the game as a momentum boost, being back on home ice after dropping a pair of divisional clashes on the road against Lethbridge and Medicine Hat. Saturday night was the most recent setback on a night that saw the Hitmen fall 3-1 to the Tigers,  Josh Prokop provided the lone marker.

The week facing the Hitmen is a busy one as they will play five games in seven days, which concludes with a three-in-three weekend. Four of the five games being against Central Division opponents, it’s an important stretch for the club.

Hitmen are 8-6-1-1 at home this season, grabbing points in five of their last seven games while posting a 3-2-1-1 record at the ‘Dome

Carson Focht (5G, 3A) and Mark Kastelic (4G, 4A) lead the Hitmen in the season series with eight points each.

The Hitmen have lost 91 total man games to injury this season. Forward Cael Zimmeramn remains the only injured player at the moment and is week-to-week with a lower body injury.

Jack McNaughton needs 20 saves to move into a tie with Brandon Glover for 11th place on the clubs all-time regular season saves list at 1,561.

Josh Prokop is three games away from 100.