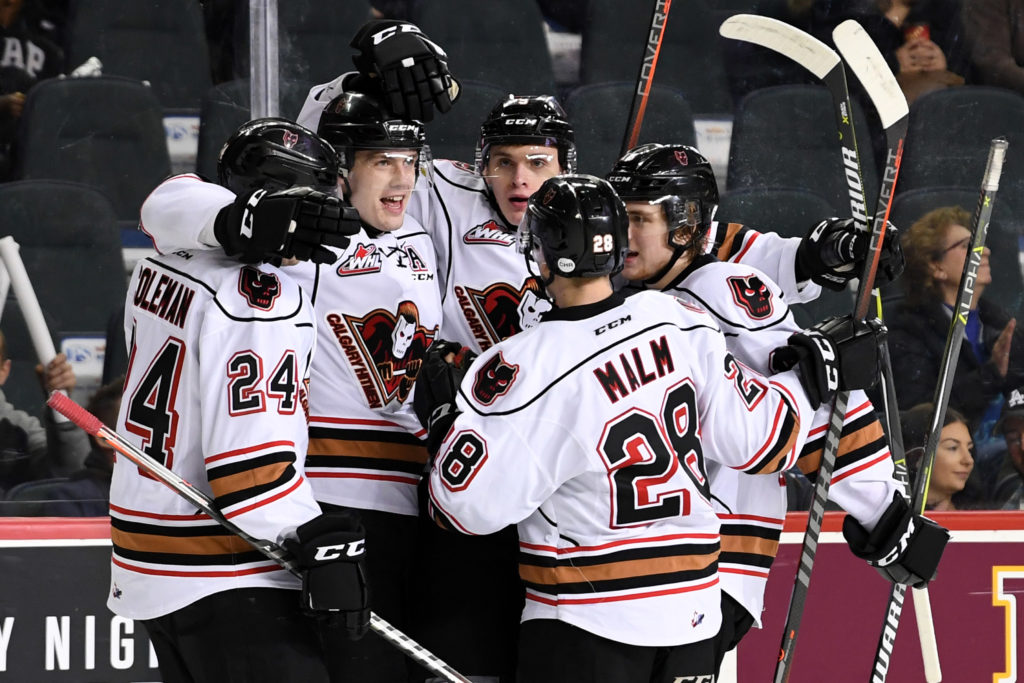 The Hitmen have punched their ticket into the post-season but the work doesn’t end as they take on the Edmonton Oil Kings Friday night at the Scotiabank Saddledome.

Riding a six-game win streak, the Hitmen clinched a spot in the WHL Playoffs after a 6-5 overtime victory over Medicine Hat Wednesday night. Carson Focht scored his third hat-trick in five games, while James Malm added two markers and Vladislav Yeryomenko scored the winner 3:41 into the extra session. Jack McNaughton made 37 saves to pick up his 25th win on the season, the most by a rookie goaltender in the entire league.

The two Alberta rivals will being seeing a lot of each other in the next two weeks with Friday being just the sixth of eight regular season meetings.  Calgary is 1-3-1-0 against Edmonton with the Oil Kings outscoring the Hitmen by a combined 22-13.  Jake Kryski (5G, 2A) is Calgary’s top performer in the season series with seven points while Mark Kastelic (3G, 2A) and Egor Zamula (5A) are next with five.

Edmonton remains tied for the top spot in the Central Division with Lethbridge, with the Hitmen right there knocking on the door just four points back.  With a six-game winning streak of their own and a 8-2 mark in their last ten, the battle for tops in the division could go down to the wire and be decided by the three games between the Hitmen and Oil Kings.

The Hitmen have made major strides to clinch a playoff position and have caught fire since Dec. 1 with a 26-8-3 record, a large reason to reaching the post-season.

“I’m very proud of our group,” head coach Steve Hamilton said. “They have earned everything with their hard work and no quit attitude.

“There’s still work to be done and we want to continue to play at the level we have been to build momentum headed into playoffs.”

Saturday night will see the Hitmen hit the road to take on the Lethbridge Hurricanes before a home-and-home set to wrap up the regular season against Edmonton next weekend.

Carson Focht (10G, 10A) is riding a seven-game point streak.

Egor Zamula (10A) and Riley Stotts (1G, 8A) have points in each of their last six games.

Mark Kastelic (3G, 5A) is on a five-game point streak.

Dakota Krebs (4A) has points in three-straight games.

Kaden Elder (3A) has points in back-to-back games.

Jack McNaughton has won his last five starts posting a 2.55 goals against average and .897 save percentage.