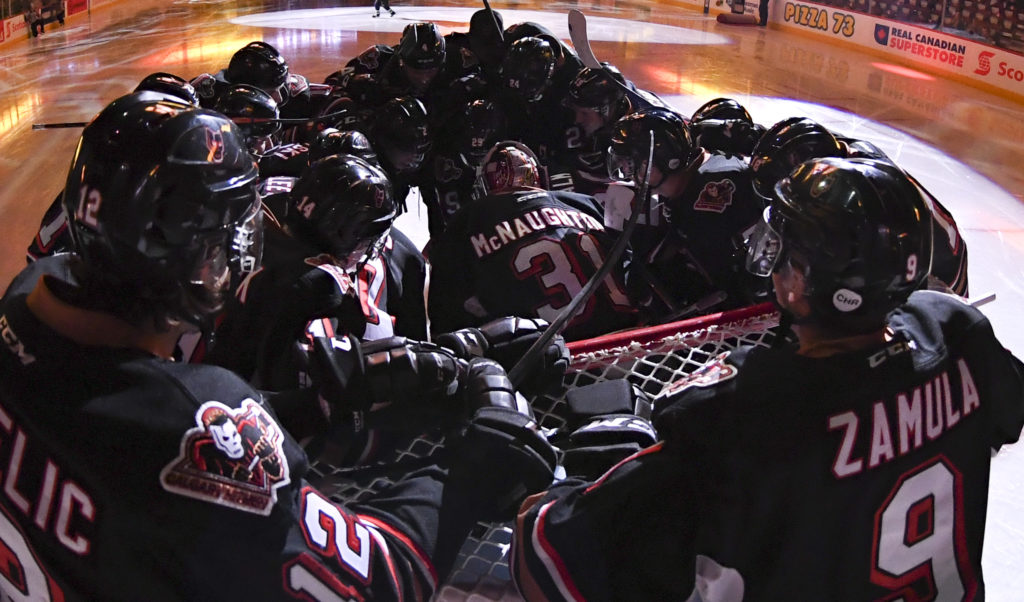 The date that’s been circled on calendars is finally here, home opener.

The Hitmen are set to battle on home ice for the first time this season going up against none other than their Central Division rivals the Edmonton Oil Kings.

Last Saturday saw the Hitmen open up their 2019-20 schedule with a close 3-2 overtime loss to the Swift Current Broncos, with the winning goal coming with just one second remaining in the extra frame. Carson Focht led the way with a goal and an assist while Egor Zamula added the other tally for the visitors.

The outlook now shifts to the three-in-three weekend with all the opponents being from the Central Division. Last season saw the Hitmen finish 5-12-2 against divison opponents, a trend they will look to change for the new season.

“It’s a huge weekend for us with a lot of potential points against big rivals at stake. We want to perform well for our fans every time and you add the hype of home opener that adds another element to it. We want to get the crowd into it early and we’re going to come out flying.”  – Carson Focht

“The guys are ready to push and get to the level we want them to be at. There were some kinks we needed to work out from last weekend and know we’ll get to see them get back into that routine of playing WHL hockey and shake off that rust. It’s an important three games for us but all the focus is on Edmonton.” – Steve Hamilton

“We want to have a better showing than we did last weekend and start this one off on the right foot. It’s going to be exciting to play in front of the home crowd and feed off the energy.” – Sean Tschigerl

The Hitmen have an all-time combined record of 17-4-2-1 in their previous 24 home openers.

All eight regular season meetings between the two Central Division rivals this season will be played before the end of 2019.  They meet once in September, once in October, three times in November and three times in December.

The two clubs combining for 53 goals in the season series last year.  Mark Kastelic (5G, 2A) and Jake Kryski (5G, 2A) were Calgary’s top scorers with seven points.

Dakota Krebs is three games away from 250