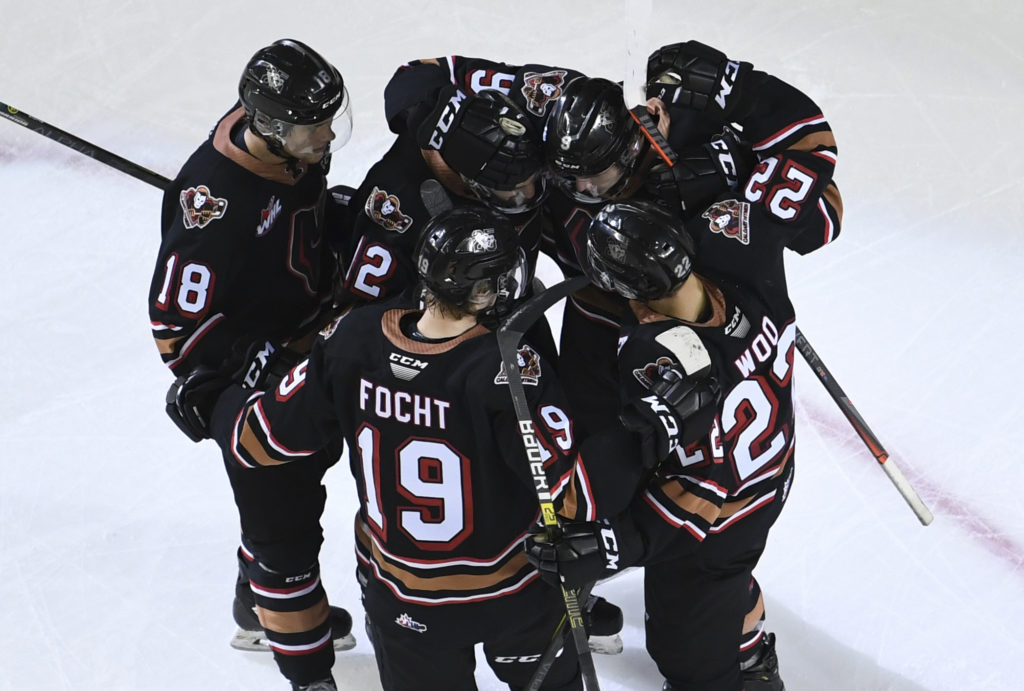 After a long road trip, the Hitmen return to Scotiabank Saddledome ice with a match-up against the Regina Pats Friday night for the third meeting of the season.

Coming in on a three-game winning streak, the Hitmen will look to match a season-high four game winning streak and build off of the five-game road swing which saw them finish with a 4-0-1 mark. The most recent outing was last Saturday night as they defeated the Moose Jaw Warriors 4-1 with goals coming from Jonas Peterek, Orca Wiesblatt, Mark Kastelic and Jett Woo.

Through the first two games of the season series the Hitmen have outscored Regina 9-6, outshot them by an 81-60 margin and have the upper hand on the special teams battle with a 2-6 power play mark, while killing all six shorthanded situations.

The Hitmen have picked up at least a point in seven of their last eight games posting a record of 5-1-1-1 which has helped propel them closer to the top of the Central Division with 29 points in 22 games played, having five games in hand over the top seed Lethbridge Hurricanes.

With December near, the Hitmen are set for a busy couple of weeks with a pair of back-to-back three-in-three weekends. It’s going to be a frantic stretch with an opportunity to pick up valuable points as four of the six games are against division opponents.

“The rest of the weekend will come soon enough, but it all starts with Friday night. We’ve got a hard working team in Regina coming into our building that we know will be a tight game. It’s good to be back on home ice and we want to continue the trend of building on our success we had on the road and play with confidence. – Trent Cassan

“We’re starting to come together as a group and that’s a big part of winning. It’s important that we translate the success we had on the road back on home ice and play hard. We can’t take shifts off and need to play as a team for the whole 60 minutes. – Blake Allan

Jack McNaughton has won his last three starts, posting a 1.96 goals against average and a .930 save percentage

Egor Zamula is fourth among defencemen in league scoring with 23 points. Mark Kastelic is tied for third in goals in the WHL with 16 and leads the league with three shorthanded markers

Luke Prokop is two games away from 100.

Egor Zamula is three points away from 100.