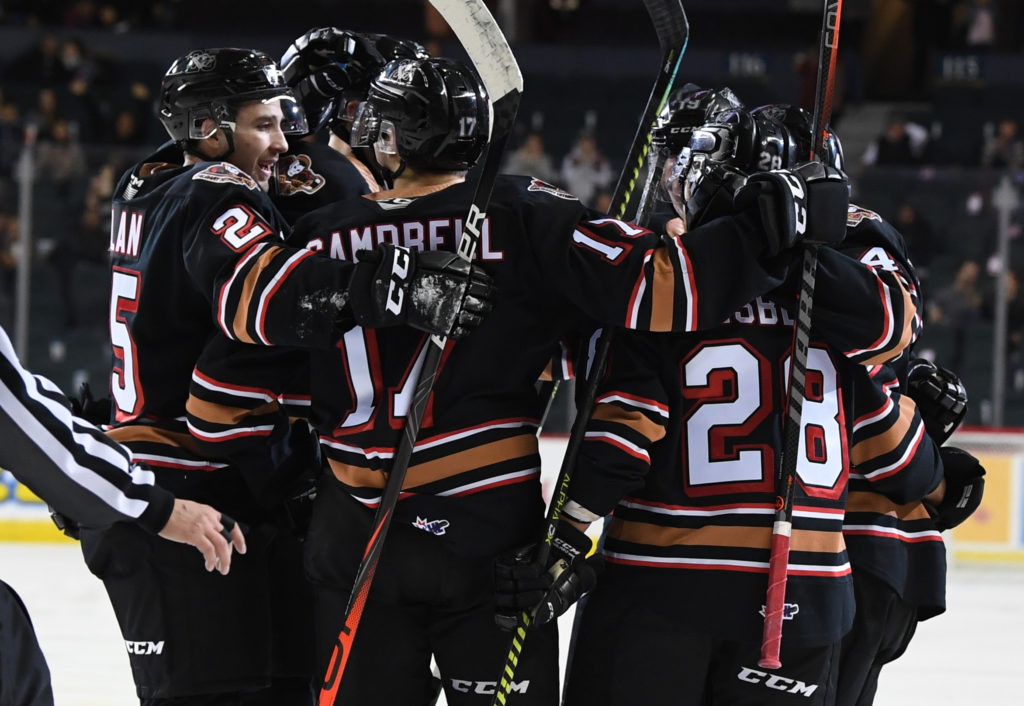 It’s a new opportunity to turn things around.

Wednesday night at the Scotiabank Saddledome sees the Hitmen continue their four-game home stand facing off against the Prince Albert Raiders in the first meeting of the season, looking to snap a three-game losing streak.

The Hitmen dropped a pair of close battles with identical 3-2 losses over the weekend to the Saskatoon Blades and Edmonton Oil Kings. Sunday against the provincial rivals Edmonton was the latest setback with the Central Division leaders scoring the game-winner with just 54 seconds left in the game. Carson Focht and James Malm scored for the Hitmen while Brayden Peters made 25 saves.

Although on a bit of a slump, the Hitmen have lost all three games by just one goal, right there knocking on the door each time. A main area of emphasis will be the special teams battle, primarily discipline, with 12 penalties taken compared to eight power play chances. The power play has failed to strike in the past four games, going 0-for-11 in the stretch.

From a year-over-year perspective, the Hitmen are seven points ahead of where they were last season through the first 14 games with an 8-5-1 mark compared to the 4-8-2 record a year ago.

“It’s a long season we’re going to have ups and downs. We’re not a 14-0 team or a 0-14 team and it’s all about getting better through the course of the season. That’s what everyone cares about and we can’t lose our focus. – Steve Hamilton

“We are going to be a better team going forward and the important thing is that we learn from each win and loss to grow stronger as a group. Adversity is never a bad thing to face and every team goes through it at some point. It’s up to us to battle out of it to come out on top.” – Carson Focht

Hitmen have killed 17 of their last 19 shorthanded situations, posting a rating of 89.5% efficiency

Hitmen have outshot their opponents in each of their last eight games.  During that span they have hit the 40 shot mark on five occasions. 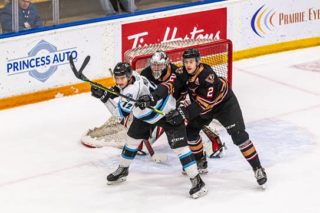 Game Recap
Hitmen Complete The Comeback Over Broncos
5 days ago