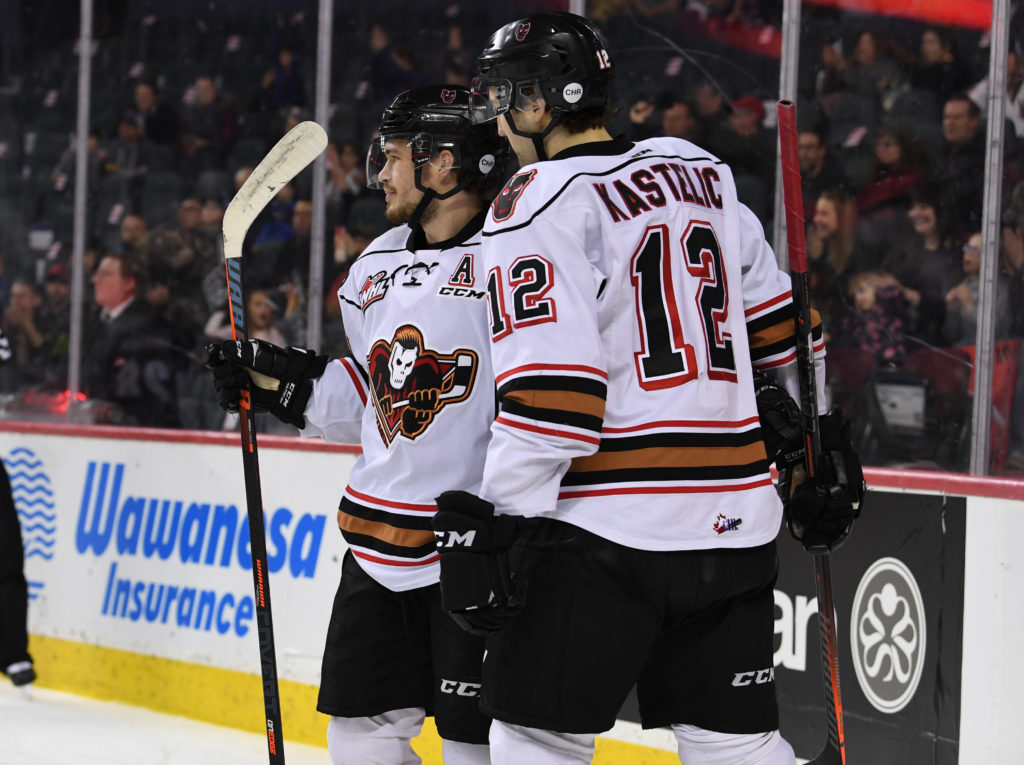 A back-to-back set against a divisional opponent, it doesn’t get any better than that.

The Hitmen are back at the ‘Dome Friday night for a big matchup against the Medicine Hat Tigers in the first tilt of a home-and-home set.

After Wednesday’s 6-2 loss to the Lethbridge Hurricanes, the Hitmen need a bounce back performance which they have shown the ability to do so in the past. In the clash with the ‘Canes, Riley Stotts and Ryder Korczak scored the markers with Carl Stankowski making seven saves before being replaced by Brayden Peters who stopped 20.

Friday night is the fourth of six regular season meetings between the Hitmen and Tigers with the home side winning all three games. Calgary has won two of the three tilts, outscoring Medicine Hat by a combined 15-13.  Jake Kryski (2G, 4A) leads the Hitmen in the season series with six points while Mark Kastelic (2G, 2A) and Egor Zamula (1G, 3A) both have four.

With 67 points on the season, Med Hat is one point up on Lethbridge for second in the Central Division and coming off a 6-3 loss to the Saskatoon Blades Tuesday. Their last ten games have seen them rack up 13 out of a possible 20 points with a 6-3-0-1 mark.

The Central Division continues to be the tightest race in the WHL with just six points separating first from fifth. The Hitmen currently occupy that fifth position and second wildcard spot in the Eastern Conference with just 14 games to go in the regular season.

In other words, it’s crunch time.

“This is a fun time of year headed down the stretch and everyone is enjoying themselves while sticking to the tasks at hand,” Kastelic said. “At the same time, we know how important these games get as the season winds down.

“We know what needs to be done and now it’s all about executing it.”

Tomorrow night the rivals battle it out again in Medicine Hat, which will then see the Hitmen kick-off a quick three-game road trip next Wednesday in Brandon.

Riley Stotts (4G) is riding a four-game goal scoring streak and has points (4G, 6A) in eight straight games.