Get To Know – Mason Finley 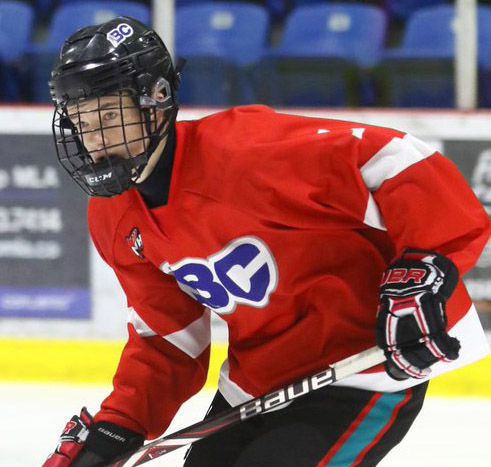 After seeing his older brother Jack get drafted by the Spokane Chiefs in 2017, Mason Finley is carving his own path after being selected by the Hitmen in the 2019 WHL Bantam Draft.

And what a feeling it was when he found out the news.

“I was coming off the ice heading back to the room and that’s right when I got drafted as I walked in,” he said. “It was an awesome feeling and a moment I’ll never forget.

“All my hard work paid off to get to this point but now I know I have to work even harder to make the WHL. It would be cool to play against my older brother one day.”

Learn more about the forward in a quick Q&A

Question: Who Is Your Favourite NHL Team?

Q: Who Is Your Favourite NHL Player?

Q: Who Do You Model Your Game After?

Finley: Anthony Mantha. He’s a big body who is hard on the puck and uses his frame to create scoring chances or finish his checks. He also has a great accurate shot.

Q: What Is Your Pre-Game Routine?

Finley: I’ll head to the rink and do my stretches, and then head back to the room to tape my sticks. After that, I’ll get set mentally by visualizing what I want to do on the ice to help the team win.

Finley: Winning playoffs back in Peewee.

Q: If You Could Have Dinner With Anyone In The World, Who Would It Be?

Finley: Adam Sandler. He’s a successful guy and really funny. I think it would be fun to have a conversation with him.

Q: How Would You Describe Your Play-Style?

Finley: I play a hard game, I like to be first to the puck and win those 50/50 board battles. I always look to generate plays by setting teammates up or by finding the back of the net with my shot.

Q: How Was This Past Season For You And Your Team?

Finley: We had a great group of guys, we had a lot of fun all season and it was a really tight group. We won two out of four tournaments and grew stronger as the season went on. I was out with an injury for most of the regular season but once I got back onto the ice, I tried to help out as much as I could and was happy to be playing alongside them again.