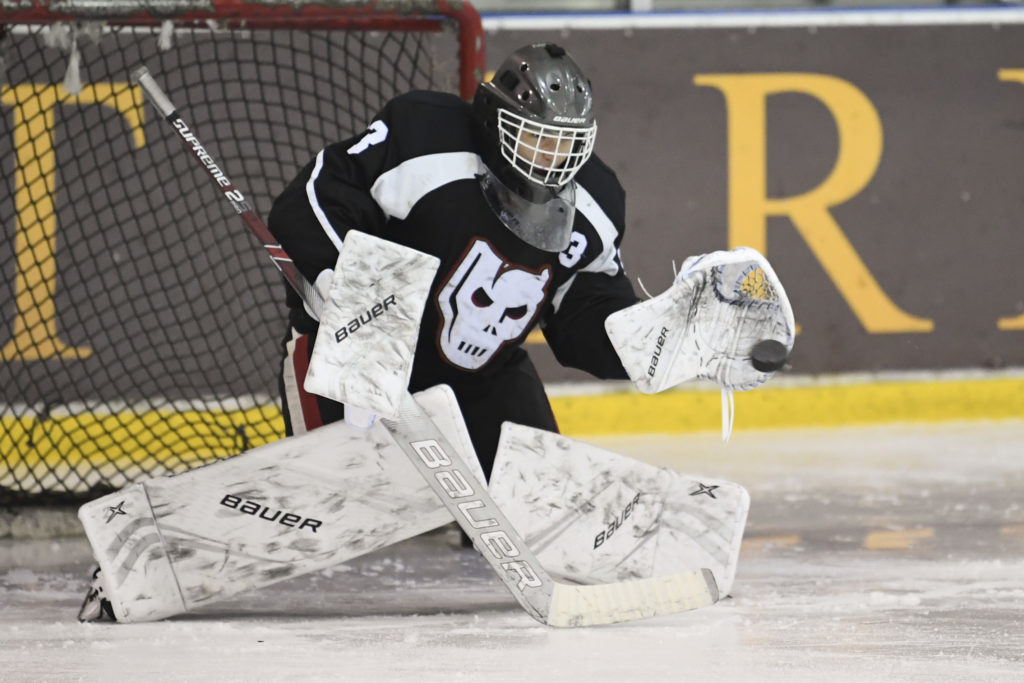 The Calgary Hitmen 2019 Training Camp continued Saturday with a 3-on-3 Main Camp Tournament scrimmage followed by a Young Guns Game, showcasing the top 15, 16 and 17-year-olds.

The Young Guns were divided into a pair of 20 player teams which took to the ice for two 30 minute periods.  Below is a scoring recap of the contest played at Kyle Stuart Memorial Arena at Edge School.

Team Moran scored three unanswered goals, including one into an empty net, en route to victory.  Forward Sheldon Kwiatkowski, Calgary’s third-round pick in the 2017 WHL Bantam Draft, netted the game winner and added an assist.  Matthew Schulmeister, Billal Noori, and Adam Kydd rounded out the scoring.  Jarred Feist and Kjell Moller supplied the goals for Team Jones with Max Mazur chipping in a pair of assists.

The annual Intrasquad Game will once again act as the conclusion of camp on Sunday, September 1, with a 12:00 p.m. puck drop.

Admission to the game is free and open to the public.

Note: Ice sessions are subject to change.  Media will be notified accordingly.  Rosters will be available at the arena.

The Hitmen open the 2019 Western Hockey League pre-season with a home-and-home against the Oil Kings beginning at the Downtown Community Arena in Edmonton on Friday, September 6.  Then on Saturday, September 7, Calgary hosts the Oil Kings at the Seven Chiefs Sportsplex on Tsuut’ina Nation in a 7:00 p.m. start. Tickets are on sale now at the Seven Chiefs Sportsplex for $10 each. The four-game schedule concludes on Sunday, September 15, with the lone game at the Scotiabank Saddledome against the Red Deer Rebels. Game time is 4:00 p.m.