Hitmen Acquire Conrad Mitchell And A Draft Pick From Everett 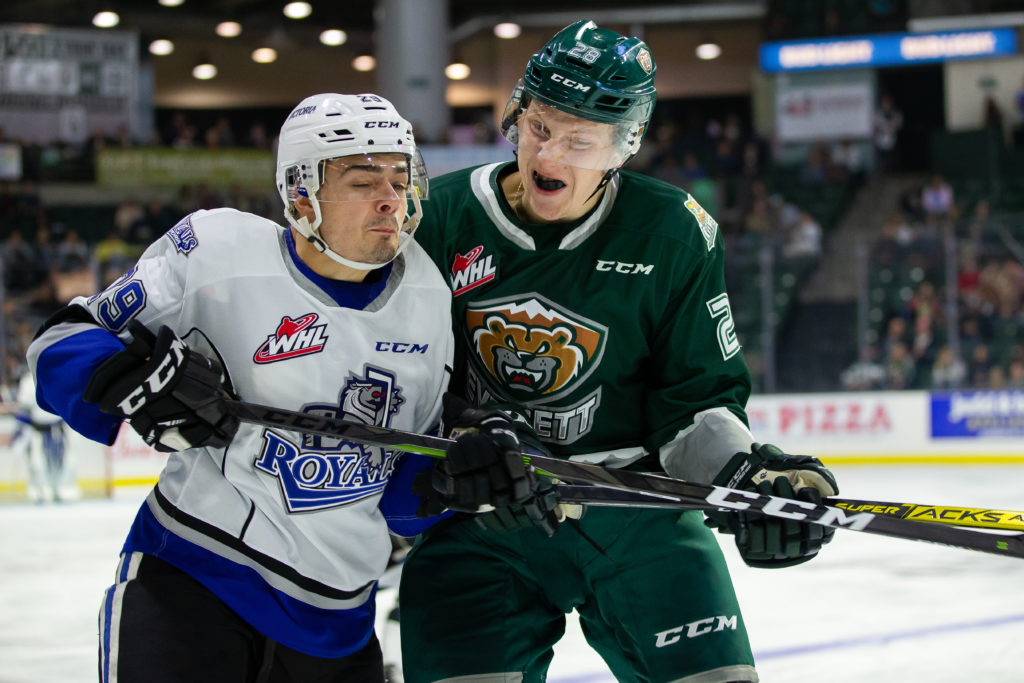 “Conrad is a power forward who has made great strides with Everett this season,” said Hitmen General Manager Jeff Chynoweth.  “He showed the ability to score in minor hockey and we believe there is a lot of potential for him to continue to develop his game.  We would also like to thank Hunter for his time in Calgary and wish him well with the Silvertips.”

Mitchell is in his second season in the WHL and has tallied 10 points (5g, 5a) in 72 career games.

DID YOU KNOW? Mitchell was a seventh-round pick of the Silvertips in the 2016 WHL Bantam Draft.

Mitchell is expected to make his Hitmen debut on Friday when Calgary hosts the Lethbridge Hurricanes at Scotiabank Saddledome.  Game time is 7:00 p.m. for Pucks for Paws presented by WEB Consulting Ltd. and Chasin’ Tails Dog Care Center in support of Four Feet Companion Foundation.  The night will include a first intermission wiener dog race.