Hitmen Advance To Second Round 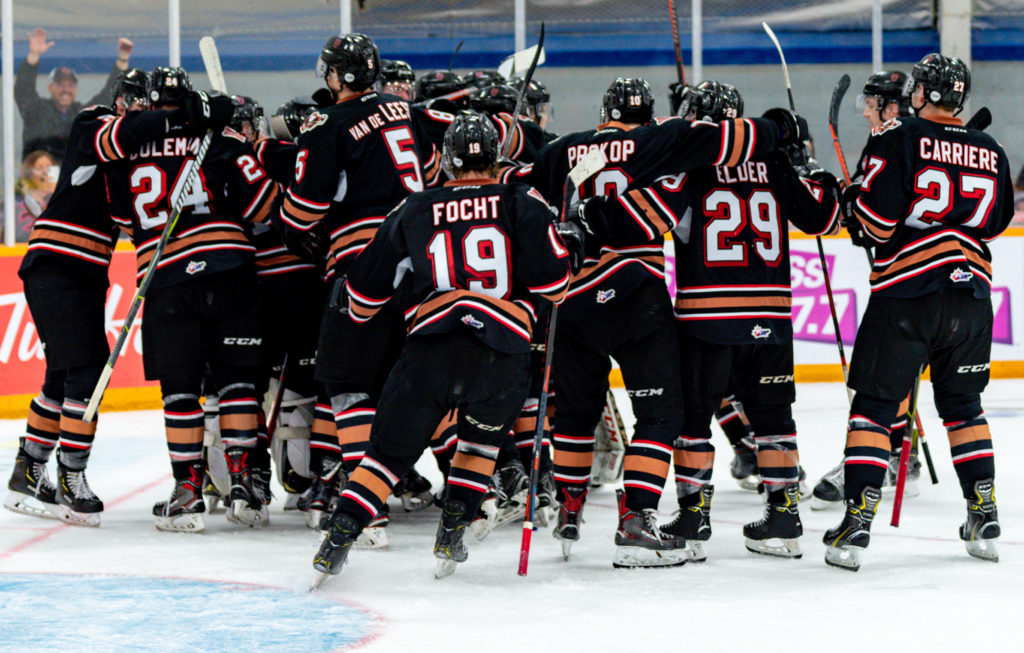 The Calgary Hitmen jumped out to an early lead en-route to a 4-2 win over the Lethbridge Hurricanes in Game 7 on Tuesday night at Nicholas Sheran Arena.

The victory gives the Hitmen a 4-3 series triumph, sending them past the opening round of the Western Hockey League Playoffs for the 13th time in franchise history and sets up an Eastern Conference Semi-Final date with the Edmonton Oil Kings.

Carson Focht paced the Calgary attack with a pair of goals including a power play marker just 3:30 into the opening frame.  Riley Fiddler-Schultz and Mark Kastelic, into an empty net, capped the Hitmen scoring.

Zach Cox and Alex Cotton replied for the Hurricanes who trailed 3-0 after the first period and 3-2 through 40 minutes.

For just the third time in franchise history the Hitmen erased a 2-0 series deficit to win, which they also accomplished in 2010 in the opening round against Moose Jaw and 2007 in the second round against Brandon.

Their second round best-of-seven series with the Oil Kings will begin on Saturday, Apr. 6 at Rogers Place.

Tickets for Round 2 will go on sale tomorrow, April 5, at 10:00 a.m. at all Ticketmaster locations and the Scotiabank Saddledome box office.  Visit www.hitmenhockey.com for more details.