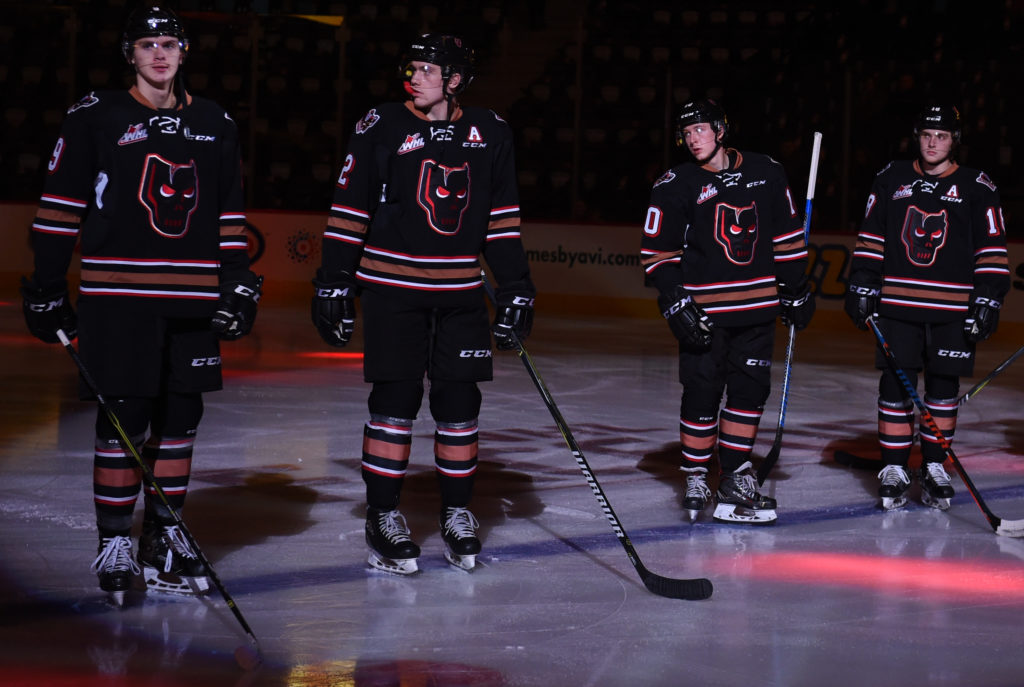 The Hitmen will open their 25th anniversary season Saturday, September 21 in Swift Current against the Broncos.

All seven Hitmen who attended NHL Training Camps have returned to the team with the exception of Mark Kastelic who remains with the Ottawa Senators.  Both James Malm and Cael Zimmerman will miss the season opener with injuries.  Malm is week-to-week with a lower body injury while Zimmerman is out indefinitely after off-season hip surgery.

Following Saturday’s season opener, Calgary returns to action next weekend for a trio of games beginning with the Home Opener on Friday, Sept. 27 against the Edmonton Oil Kings.  Game time is 7:00 p.m. at Scotiabank Saddledome.

The Hitmen then head to Red Deer for a date with the Rebels on Saturday, Sept. 28 before returning to the ‘Dome on Sunday, Sept. 29 against the Medicine Hat Tigers in a 4:00 p.m. puck drop.  It’s also Super Sunday Funday presented by Ricky’s All Day Grill.  Activities include a pre-game kid’s festival on the west tarmac with inflatables, games, face painters, giveaways and a post-game family skate that is FREE with a game ticket. Sunday Funday features a specially priced $9.99 ticket for kids 12 and under and a $15.99 ticket for adults (plus applicable fees and taxes).