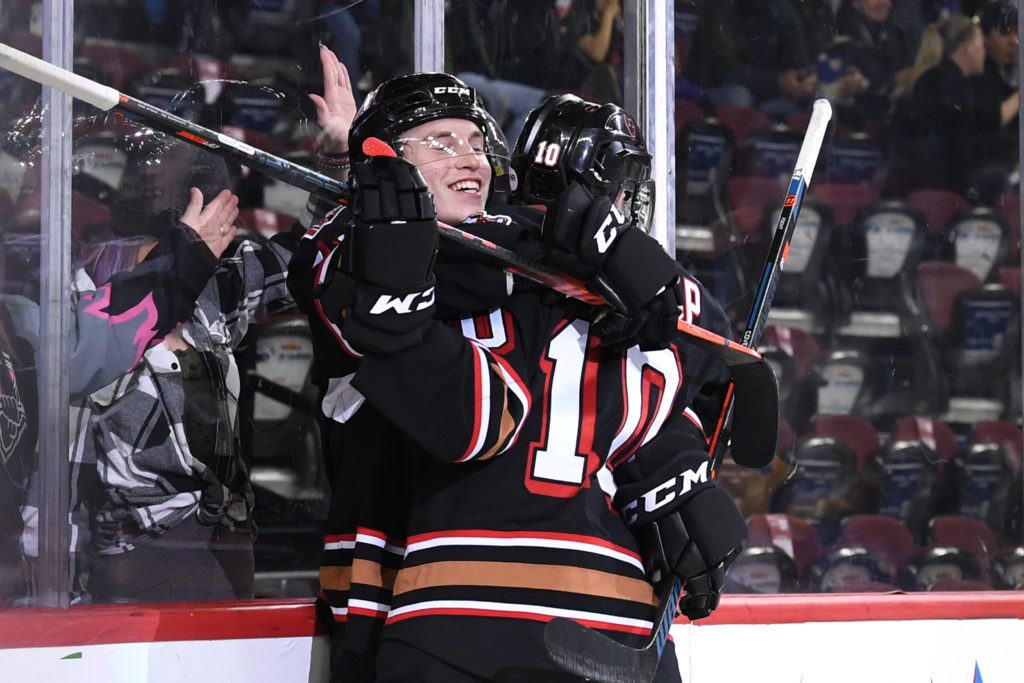 The Calgary Hitmen today unveiled their 2019 Western Hockey League Pre-Season Schedule which begins in Edmonton against the Oil Kings on Friday, September 6.

The four-game slate is highlighted by two local home dates.  The first is Saturday, Sept. 7 when the Hitmen meet the Oil Kings in a rematch at the Seven Chiefs Sportsplex on Tsuut’ina Nation.  The puck drops at 7:00 p.m.  The second, the lone exhibition contest at the Scotiabank Saddledome, is Sunday, Sept. 15 against Red Deer.  Game time is 2:00 p.m.

Tickets information for both home games will be released in August.

The Hitmen regular season schedule for the 25th anniversary season will be announced in late June beginning with the home opener and later followed by the complete schedule.