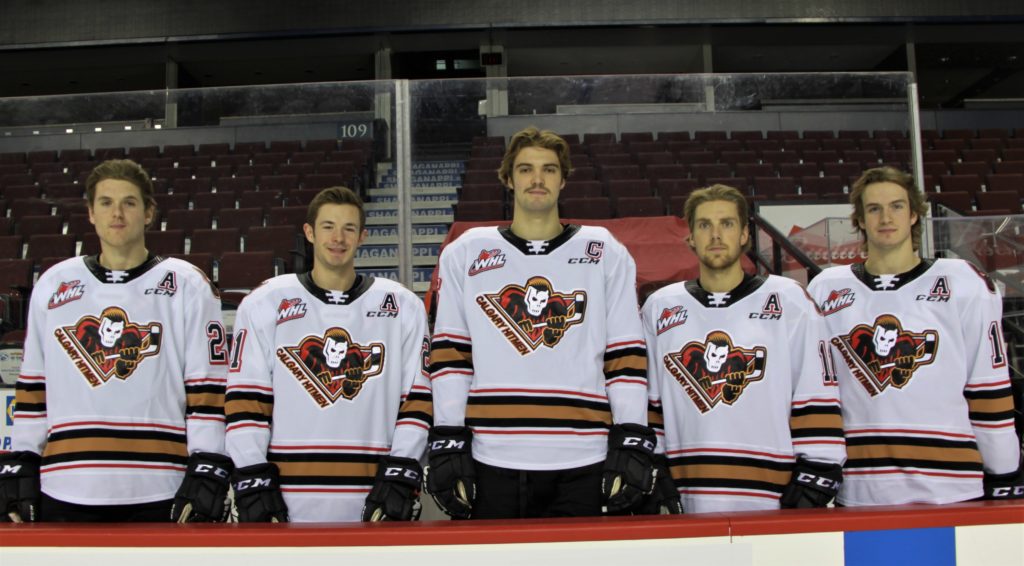 “We are very pleased to appoint our 2021-22 leadership group.” said Hitmen Head Coach Steve Hamilton “Led by our fifth year Hitmen veterans in Jackson van de Leest and Cael Zimmerman, this group embodies the culture that has been established here in Calgary and will be excellent leaders on and off the ice.”

Jackson is entering his fifth and final season with the team and has appeared in 197 career games, all with the Hitmen, notching 8 goals and 67 points. The product of Kelowna, BC, was drafted by Calgary sixteenth overall in the 2016 WHL Bantam Draft. He succeeds captain, Josh Prokop, who is now pursuing his education as a member of the University of Alberta Golden Bears.

“I’ve been with this team since I was sixteen and it’s been a dream of mine to call myself a captain in the WHL,” said Jackson van de Leest “I think that we have a great group of leaders with the guys that got letters. I know it was a tough decision from the coaches because we have a lot of leadership in the room. I’m super excited for the year and am very honored.”

The Hitmen travel to Swift Current Friday October 22nd, where they will face off with the Broncos for the second time this season. The team returns to the Scotiabank Saddledome Sunday, October 24th to play the Brandon Wheat Kings at 4:00 p.m. MT.

The ENMAX Teddy Bear Toss Is Back
23 hours ago