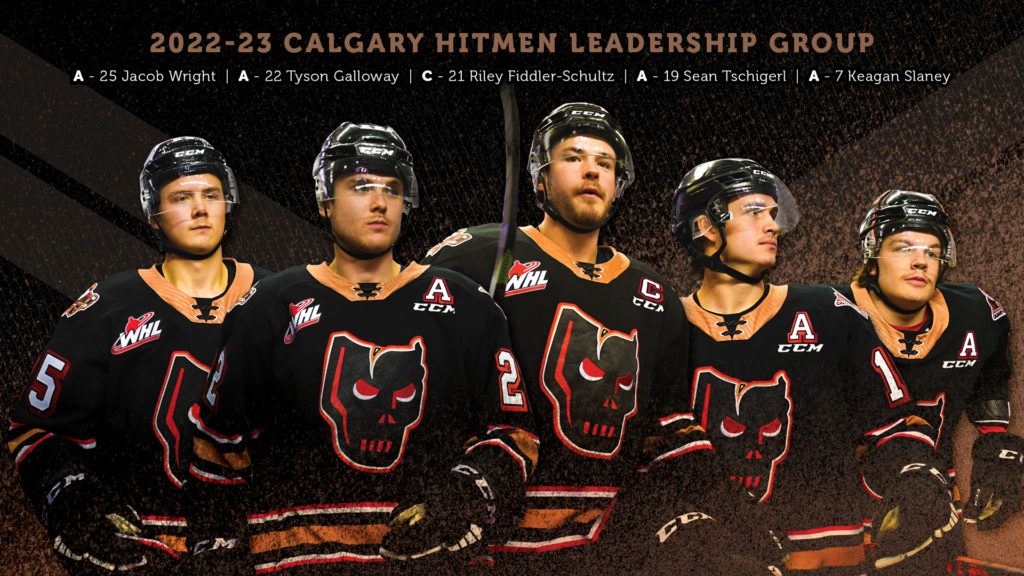 “Riley is the unquestioned leader of our group. He exemplifies commitment to the organization on and off the ice. We’re very proud of his growth and development over the course of his career” said Calgary Hitmen Head coach Steve Hamilton “He’s extremely deserving of the opportunity and has earned the support of the players and staff as we embark on the 2022-23 season.”

Fiddler-Schultz is entering his fifth and final season with the team and has appeared in 183 career games, all with the Hitmen, notching 116 points (47G, 69A). The product of Fort Saskatchewan, AB was drafted by Calgary in the seventh round (148th overall) in the 2017 WHL Prospects Draft. Most recently, he attended the Los Angeles Kings Rookie Camp in September before returning to the team last week. He succeeds captain, Cael Zimmerman, who is now pursuing his education as a member of the University of Saskatchewan Huskies.

“It’s a pretty special feeling, it means a lot that the guys and the coaching staff think that highly of me to trust me with this. I’m excited to take on the new role, help the young guys and lead the team to success” said Fiddler-Schultz. “I think we have a lot of good leaders on the team not even just the guys that have letters on. We have a room full of leaders and that’s what you need on any winning team.”

Sean Tschigerl has also spent his entire career in Calgary and is entering his second season with a letter on his jersey.

“It’s a privilege and an honour to part of the leadership group here. We have a good team this year and we are excited to see what we can build.” said Tschigerl “There’s a lot of returning guys in our group. Fiddler-Schultz has been here since he was 16, along with myself and Galloway. And you have Slaney who we picked up in a trade from Edmonton last year and Wright this season as well so, a lot of veteran presence on the team and that’s always a positive thing to have.”

“Our leadership group is reflective of how important it is to have veteran players that guide the direction of the room and set the competitive tone for you group. Each one of these players brings qualities that are valued by teammates and staff alike.” continued Hamilton. “Sean, Tyson, Keagan and Jacob are all key drivers of our on ice play and sustaining the cultures of our room. We look forward to their continued contributions throughout the season.”

The Hitmen travel to Red Deer Saturday October 8th to face off again the Rebels for their first meeting of the season. The team returns to the Scotiabank Saddledome Monday, October 11th to play the Brandon Wheat Kings at 1:00 p.m. MT.