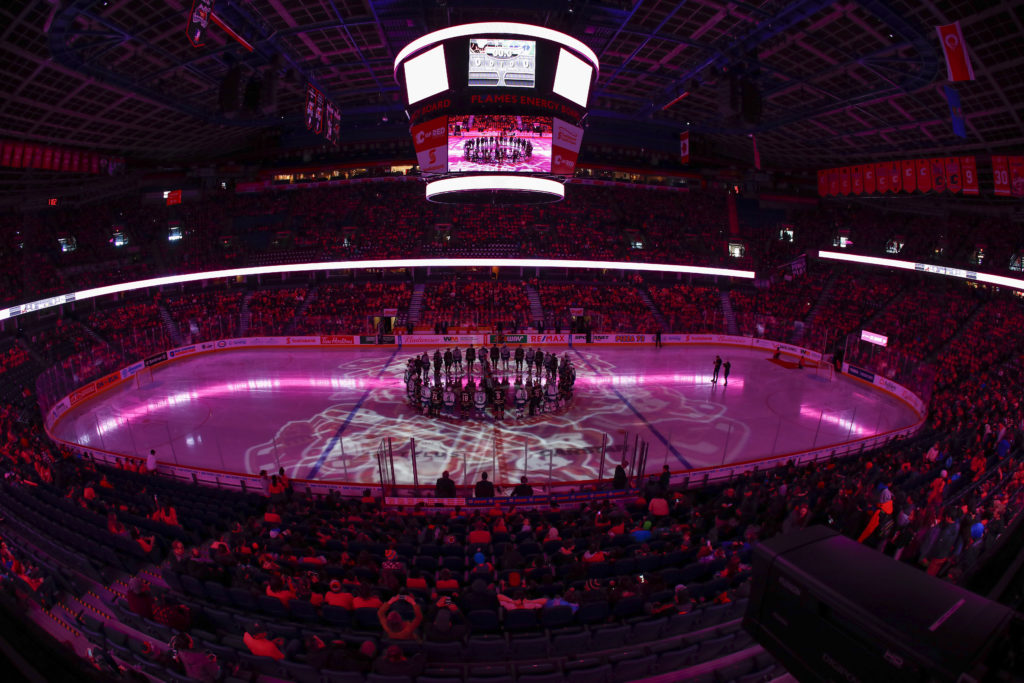 This educational event will see the Hitmen host the Winnipeg ICE on Thursday, Feb. 27 in an 11:00 a.m. start at the Scotiabank Saddledome. Over 12,000 Calgary and area students will be in attendance to learn about acceptance and bullying prevention from three guest speakers, concourse displays and in-game activities. Randy Chevrier, City of Calgary firefighter, three-time Grey Cup Champion and Dare to Care ambassador, will explain the difference between conflict and bullying during the pre-game program. Kelcey Moore, 2020 Calgary Stampede Queen, will speak in the first intermission while Brigette Lacquette (pronounced LA-Quet), the first Indigenous hockey player to be named to Canada’s National Women’s Team and 2018 Olympic silver medalist, will address the crowd in the second intermission. All speakers are presented by A1 Chesney Service Experts.

“Now in its fourth season, TELUS BE BRAVE has become one of our signature games and a movement in our community,” commented Hitmen Vice President and Alternate Governor Mike Moore.  “Every student in attendance will wear a pink shirt in a show of solidarity against bullying while all schools receive resources to equip students with tools to help #EndBullying. This is an amazing experience that we are proud to share with all the students, our players and everyone who has the opportunity to be at the event.”

“In today’s all-connected world, being a good sport online is as important as being a good sport on the ice. To help #EndBullying and promote strong digital literacy, TELUS Wise offers free resources and workshops for Canadian youth and their parents, some even designed specifically for the hockey community,” said Nimtaz Kanji, Director of TELUS Wise. “Partnering with the Hitmen to host the TELUS BE BRAVE #EndBullying Game allows us to educate thousands of Calgary youth on the power of acceptance and kindness in both physical and online worlds.”

Randy Chevrier, is a City of Calgary firefighter and substitute teacher who spent 16 seasons playing professional football in the CFL and NFL and holds three Grey Cup Championship titles. While playing for the Calgary Stampeders, Randy created a successful anti-bullying campaign called ‘Tackle Bullying’, which delivers the message that everyone is responsible in curbing the problem of bullying in schools, teams, workplaces and at home. In recent years, Randy has partnered with Dare to Care and now spreads this message in middle and junior High Schools across Canada.

Kelcey Moore, is part of the 2020 Calgary Stampede Royal Trio and is a professional dancer and choreographer. Through Junior High School Kelcey was bullied and decided to switch schools for High School in order to escape the torment and pursue dance at a higher level. She has suffered anxiety and depression for many years that was increased because of the bullying, but it didn’t stop her from pursuing excellence in her life. Now, as a Stampede Queen, Kelcey has stepped out of her comfort zone helping to build her confidence and has become a voice for mental health.

Brigette Lacquette, is the first Indigenous hockey player to be named to Canada’s National Women’s Team and 2018 Olympic silver medalist. She is a role model for young First Nations athletes, especially girls who play hockey. Brigette won silver and gold at the 2009 and 2010 IIHF U18 Women’s World Championships, helped Canada win gold with the National Women’s Team at the 2013 Four Nations Cup, and captured back-to-back silver medals with Canada at the 2015 and 2016 IIHF Women’s World Championships. The defenceman made her Olympic debut at PyeongChang 2018, helping Canada win the silver medal.