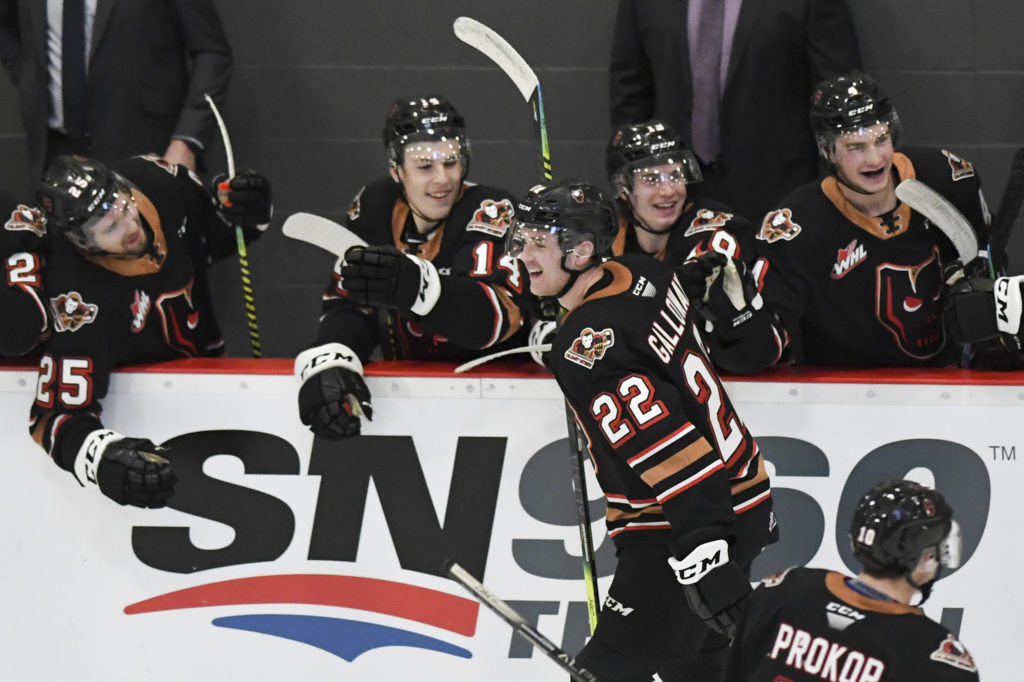 The Calgary Hitmen opened the 2021 Western Hockey League regular season on Friday night with a 2-0 win over the Red Deer Rebels at Seven Chiefs Sportsplex.

It was a night of Western Hockey League firsts for a pair of sophomore Hitmen as goaltender Brayden Peters made 27 saves to record his first career shutout while defenceman Tyson Galloway netted his first career goal.

Sean Tschigerl also found the back of the net for the home side, starting the scoring on a breakaway in the opening frame.  The Hitmen outshot the Rebels 31-27 with both teams blanked on the power play.  Red Deer went 0-4 and Calgary 0-2.

The night marked the return to the ice for the Hitmen following a 362 day absence due to the COVID-19 pandemic and was played without fans under AHS protocols.